Home » NBA » One trade option can save Simmons’ career 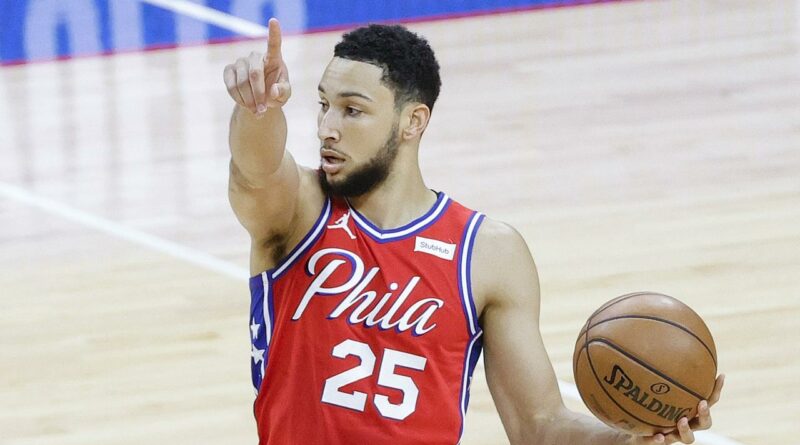 Ben Simmons is still a Sixer. But it’s unclear how much longer that’ll be the case.

And with teams like the Portland Trail Blazers, Golden State Warriors and Minnesota Timberwolves constantly linked, it’s a different contender for the Australian that offers fresh intrigue.

Simmons is at a crossroads in his career. So, there may be no franchise better placed to deal with the situation than the San Antonio Spurs, who have been connected, once again, to a move for the wantaway and maybe unwanted 6’10 All-Star by ESPN’s Zach Lowe.

The Spurs, according to The Ringer’s Kevin O’Connor, were said to have rejected a trade offer from the Sixers at the end of last month. That was back when Sixers shot-caller Daryl Morey seemingly aggravated every organisation in the league by asking for far too much in return. But San Antonio was included by Lowe in a recent report as he discussed the “several” teams — including the Spurs, Warriors, and T’Wolves — that had explored a deal for Simmons.

According to Lowe, one of the reasons for the hold-up in the Simmons trade talks is the Sixers’ desire to use their star to land Damian Lillard. Nevertheless, the Spurs represent a team who can maybe turn things around for Simmons. Or at least get the most out of the player he is right now.

“It would enhance his game, obviously. That can’t be argued with. But all of his physical skills, basketball skills, the way he understands the game, as unselfish as he is — he’s so elite already, who gives a damn if he can’t shoot.”

That was Spurs head coach Gregg Popovich earlier this year. Admittedly, before Simmons’ playoff horror show. Still, we know Popovich is a fan of Simmons. And we know Popovich’s track record of turning players, of all levels, into the best versions of themselves.

As one of the most respected NBA minds of all time, Popovich probably also stands the best shot at understanding what needs to change for Simmons to unlock his game, and then convincing the Australian that it’s worth putting in the work and accepting what could be a different role.

NBA: As Patty Mills ends his ten year tenure with San Antonio, the Spurs have released a tribute video thanking the Aussie for his services….

NBA: As Patty Mills ends his ten year tenure with San Antonio, the Spurs have released a tribute video thanking the Aussie for his services.

If he were to end up in Golden State, Simmons would be forced to accept a new position because of a certain Steph Curry. In San Antonio, it would be because of a system almost as revered as the aforementioned Warrior.

Simmons’ camp has made clear he doesn’t want to end up in a bad situation with a bad franchise. And while San Francisco and Los Angeles may be his ideal landing spots, Popovich might be just be enough of a draw card for Simmons to accept a trade to San Antonio.

Of course, the question is, what would San Antonio have to give up?

And that becomes a problem when you look down the roster at a team that probably doesn’t have that one name to set Philadelphia hearts racing.

The likes of Dejounte Murray and Keldon Johnson represent decent young talent, but nothing to force Philadelphia’s hand; meaning it’d likely require the Spurs to pool talent and draft picks together to land Simmons.

The other scenario, as raised by the PhillyVoice’s Kyle Neubeck, is the Spurs acting as a third party in a three-team trade that could see Philadelphia potentially get what they want in Lillard, while San Antonio ends up with Simmons, and Portland gets the sort of draft stock and youth required for a rebuild.

Depending on what they’d have to give up, Simmons and the Spurs actually make a lot of sense as a duo.

While always competitive, the Spurs haven’t had the success in recent years we’ve come to expect from one of the premier franchises in the league.

And most of that has come down to talent. After legends like Tim Duncan, Tony Parker and Manu Ginobili aged and retired, it was the Kawhi Leonard show before he pushed his way out.

Since then, the headline acts have been LaMarcus Aldridge and DeMar DeRozan, both of whom are no longer in San Antonio.

And it’s not clear who’s next up.

NBA: Australian young gun Josh Giddey lined up for his first match in an Oklahoma City jersey, landing a dunk in his Summer League debut….

NBA: Australian young gun Josh Giddey lined up for his first match in an Oklahoma City jersey, landing a dunk in his Summer League debut.

As mentioned, we’ve seen flashes from Murray, Johnson, Lonnie Walker and Derrick White even, but nothing to suggest the Spurs have found their next franchise-leading superstar.

In Simmons, they’d have the opportunity to buy low, and potentially turn the 25-year-old into the player that had some labelling him the next LeBron James at a stage.

Fit-wise, it’s hard to go too deep given some of the key players in San Antonio would probably head out the door if Simmons were to arrive. Still, with Zach Collins and Jakob Poeltl the only two notable big men, there’s a case for Simmons to play that Draymond Green-type role.

However he’d be used, you’d imagine Popovich would get it right in this hypothetical.

Now, we wait for the real thing. 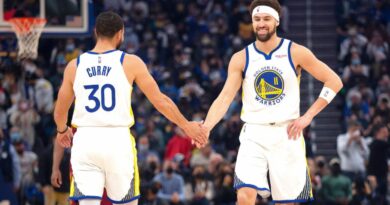 Klay: Fans’ roars worth every day of being away