Home » NBA » Opinion: After a quiet trade deadline, can the Lakers swing big on the buyout market? 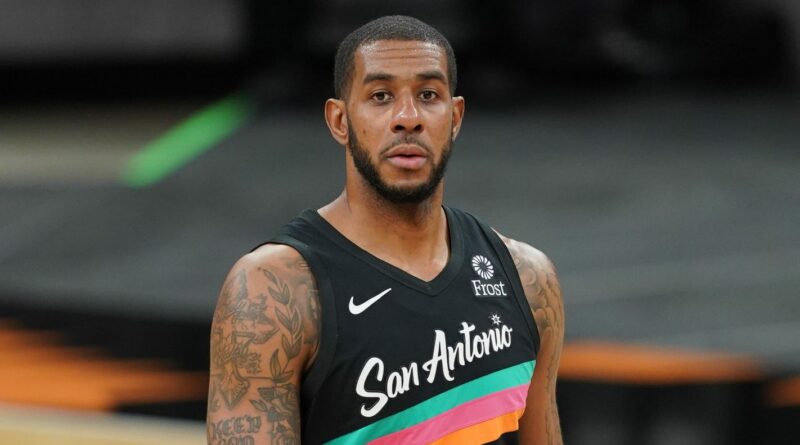 Technically, this marked the most appropriate time for any NBA team to fix its roster. But the Los Angeles Lakers did not view the NBA trade deadline as the mechanism to address their problems.

Even if LeBron James and Anthony Davis are currently injured, the Lakers obviously would not have dealt their two All-Stars. To the Lakers’ credit, they stayed just as deliberate with the rest of the roster. Though the Lakers have struggled without James and Davis in the past week, they showed enough awareness that they are better off keeping some of their young players than shipping them off elsewhere. Hence, the Lakers showed interest in acquiring veteran guard Kyle Lowry from Toronto, but not enough that they would part with Talen-Horton Tucker, Kyle Kuzma and Alex Caruso.

The Lakers seemed aware that their path to the NBA championship likely hinges on two different variables. If and when James and Davis return from their respective injuries, can they become dominant and healthy again? Regardless of how that plays out, can the Lakers upgrade their roster through the buyout market?

WINNERS AND LOSERS: Who came out on top after the deadline?

After all, the Lakers’ 109-101 loss to the Philadelphia 76ers on Thursday at Staples Center marked the team’s fourth in a row since James suffered a high right ankle sprain last week. The Lakers (28-16) have gone 7-11 since Davis strained his right calf nearly two months ago. And it does not appear their two stars are returning soon.

Although the Lakers have not given a definitive timetable on James’ injury, the Athletic reported Thursday that James could be sidelined for another three to five weeks. Though the Lakers plan to re-evaluate Davis on Friday, Lakers coach Frank Vogel said that Davis is "still a ways away" despite spending part of his rehab in the past two weeks completing on-court shooting drills.

Frank Vogel discusses the #Lakers not making moves at the trade deadline and keeping his focus on tonight’s game vs. Philly with @LakersReporter. pic.twitter.com/1LdYqdtYgj

Still, the buyout market will be important for the Lakers. Former San Antonio Spurs forward LaMarcus Aldridge and Cleveland Cavaliers forward Andre Drummond are two legitimate and realistic candidates the Lakers will pursue after their former teams could not pull off trades.

The Lakers will likely face competition from the Boston Celtics and the Miami Heat. The Lakers have only about $3.1 million to spend since they are hard-capped at a $138.9 million payroll. Considering that Aldridge ($24 million) and Drummond ($28.7 million) had previous high expiring contracts, the Lakers may not have the financial means to entice them. But unlike when they focused on the Hollywood branding opportunities to camouflage their rebuilding roster in a free-agency pitch meeting with Aldridge in 2015, the Lakers have plenty to sell on the basketball front. The same applies to Drummond.

By joining the Lakers, both players would have a legitimate shot at winning their first NBA title. Both would have the chance to carry the Lakers while James and Davis remain on the sidelines. And when those two stars eventually return, Aldridge and Drummond would still play a critical role in making life easier for them. And obviously James and Davis could make life easier for them, too. Davis can camouflage Aldridge’s defensive shortcomings, or he can complement Drummond’s rebounding threat. Aldridge or Drummond would still have significant offensive roles.

LaMarcus Aldridge is a top target for the Lakers on the buyout market. (Photo: Daniel Dunn, USA TODAY Sports)

If the Lakers cannot land either of those two players, that does not mean their championship fortunes are doomed. Not as long as James and Davis eventually return and stay healthy. But it would temporarily put too much strain on a Lakers roster that has struggled to find consistent footing.

After missing the past nine games due to the NBA’s health and safety protocols, Lakers center Marc Gasol returned Thursday and offered some decent passes. But he has not offered the kind of defensive protection the Lakers had hoped from him. The Lakers have a healthy blend of veterans and young talent. But they were constructed to complement James and Davis, not replace them.

It’s safe to say the losses will keep piling up for the next month if the Lakers cannot sign either Aldridge or Drummond. Though the Lakers don’t care that much about home-court advantage since it will be mostly non-existent during the pandemic, these results might also reflect a stone-cold reality about their roster.

The Lakers were not expected to do anything with the trade deadline, so they deserve neither praise nor criticism for standing on the sidelines. As for how they fare in the buyout market, though? Then, the Lakers will need to draw up the right play. 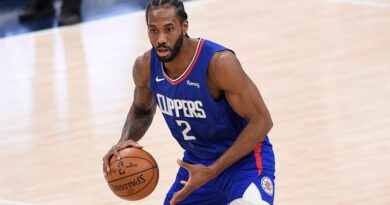