Home » NBA » Opinion: To have a shot at NBA title, Giannis Antetokounmpo needs to add more dimension to his game 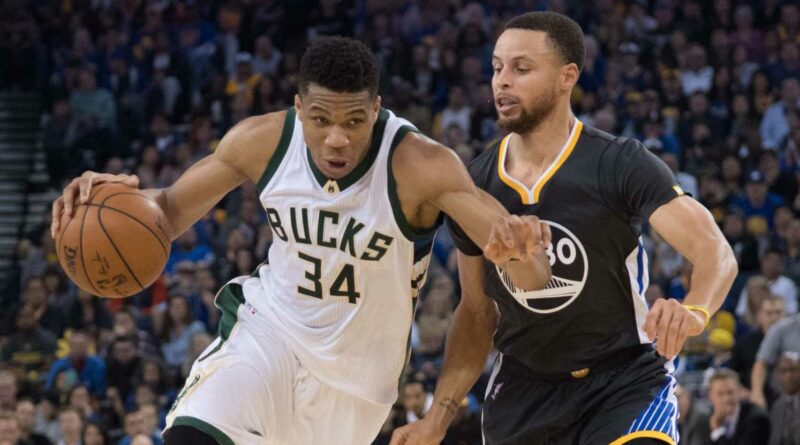 The blowback on Giannis Antetokounmpo’s game – the offensive part especially – was predictable.

The winds of criticisms picked up when the Milwaukee Bucks and the two-time reigning MVP lost to Miami in the second round of the 2020 playoffs. Yes, he played with a bad ankle and missed the final game of the Heat series, and, yes, the bubble created unusual circumstances, but the team with the best regular-season record didn’t reach the Eastern Conference finals.

Further examination of Antetokounmpo’s game went under the microscope last week after the Los Angeles Lakers defeated the Bucks, and TNT’s Charles Barkley said Antetokounmpo needs to get better.

Dive into #nbatwitter, and it turns into a hyper-critical look at the way Antetokounmpo plays.

But two things can be true. Antetokounmpo is a great player, and he needs to improve if the Bucks are going to rely on him to bring them their first championship since 1971.

And there’s nothing wrong with saying he needs to improve. All great players strive to make their game more versatile.

It starts with his perimeter shooting.

His combination of size, athleticism and strength has made Giannis Antetokounmpo hard to defend when he's driving to the basket. (Photo: Kyle Terada, USA TODAY Sports)

Antetokounmpo is an avalanche driving to the bucket. His power, athleticism, length and strides are difficult to stop, and that reveals itself in shooting statistics.

Last season, Antetokounmpo made 74.2% of his attempts in the restricted area (the four-foot zone at the basket) and just 33.6% outside of that area. He posted similar shooting stats in 2018-19, and while 16 games is a small sample, he has just about the same numbers inside and outside of the restricted area this season. His 3-point shooting percentage has hovered around 30% for his career.

KOBE REMEMBERED: Impact of NBA legend still felt in so many places

Simply, he is a force at the rim. And there’s nothing wrong with that approach either. If he can’t be stopped often enough, keep doing what works. Shaquille O’Neal did the same.

It has generated elite efficiency stats and lots of regular-season wins. But the playoffs are not the same thing as a random game in January. In a seven-game series, quality opponents can game plan, as Toronto did against Milwaukee in the 2019 playoffs and Miami did last season. Even if they can't stop Antetokounmpo, they can limit his effectiveness.

With a good defensive team deep in the playoffs, “walling off” the restricted area is a legitimate strategy. Teams are also trying to take more charges against him on his straight-line drives – or Euro-steps – to the basket.

Giannis Antetokounmpo averaged 29.5 points during last season's MVP run. But the Miami Heat's defense contained him in their second-round playoff series and went on beat the Bucks in five games. (Photo: The Associated Press)

He is more than one-dimensional though some on Twitter try to suggest otherwise. He gets double-teamed often, finds open teammates, is averaging 27 points and 5.3 assists, and the Bucks are 10-6, including 7-3 in their past 10 games.

The Bucks are also experimenting with other ways to utilize Antetokounmpo, as pointed out by ESPN’s Zach Lowe who took note of Milwaukee using Antetokounmpo as the screener in pick-and-roll situations.

“Giannis has not really hit his groove yet, and he will," Bucks coach Mike Budenholzer said. "And I feel like when he does we’ll be even better."

The shooting issue has seeped into another important part of the game: free throws. He is making a career-low 58.5% of his foul shots. If that doesn’t improve, the Bucks are approaching late-game situations where opponents will put Antetokounmpo on the line and make him earn his points there. Hack-a-Giannis.

This is basketball in the time of COVID, so all sorts of caveats and disclaimers apply. Everything must be viewed through that lens.

But the scrutiny always begins with the team’s best player. This is Antetokounmpo’s eighth NBA season even though he just 26 years old. He will never be Steph Curry or even LeBron James with his perimeter shot but he needs to be more of a threat.