Orlando Magic center Nikola Vucevic will miss at least four weeks with a right ankle injury, according to reports.

Vucevic was injured while defending Norman Powell on a drive to the basket in the second quarter of Wednesday’s 113-97 loss to the Toronto Raptors. Vucevic had three points, five rebounds and five assists before he was injured. 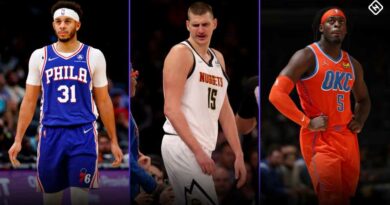