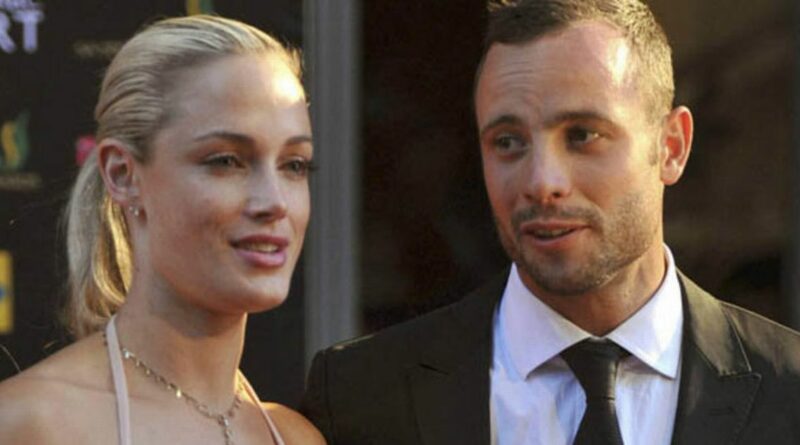 Oscar Pistorius has sent a "distressing" letter to the parents of then-girlfriend Reeva Steenkamp, who the 34-year-old was convicted of killing in 2013.

Pistorius was sentenced to 13 years in prison after being found guilty of shooting Steenkamp on Valentine's Day in 2013 at their home in Pretoria, South Africa.

The former Olympian has been eligible for parole since July as he has now served half of his 13-year sentence, and as part of the parole process prisoners must 'acknowledge and take responsibility for their actions', leading to the letter.

Their lawyer, Tania Koen, told The Mirror: “I cannot divulge the contents of that letter.

“It was quite emotionally distressing for them. They did not know it was coming and it was sent to me by his attorney.”

Ms Koen also told of Barry and June’s distress when they learned Pistorius, 34, had been eligible for parole since July and a hearing had been set for the end of October, which was later cancelled after they found out.

They had been told he would not be released until after March 2023.

June and Barry have also been asked by the prison service to meet their daughter’s killer before his release, and are willing to see him.

The lawyer said the “victim-offender dialogue” was not compulsory for the victim’s family, but Barry and June were willing to meet Pistorius.

Ms Koen said: “Yes, they want to do that face to face.

“Barry has said for years he wants to meet Oscar and he has questions to ask. They are not emotionally prepared, but are prepared to meet Oscar.

“They accept the day will come when Oscar will be eligible for parole and they would give their input.”

But she said the couple had been upset by the way Pistorius’s parole was handled.

She said: “What was also very upsetting was the disregard for their emotional wellbeing.

“They had to find out the parole board had already convened a date for parole and never advised them about it.

“The proper procedure was not followed.”

Singabakho Nxumalo, of the prison service, confirmed the Steenkamps were asked to meet Pistorius in a possible “victim-offender dialogue”.

Pistorius, a double amputee who in 2012 became the first athlete to compete in the Olympics on “blades”, claimed he thought he was shooting an intruder when he killed Reeva, 29.

LeBron: Walton did great under circumstances