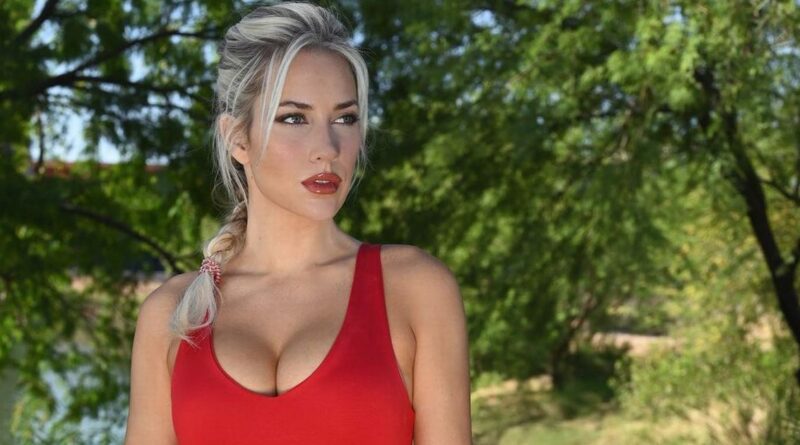 Paige Spiranac has opened up on her worst injuries – including a detached fingernail that left her "screaming and balling" and made a nurse feel sick.

The golf sensation admitted that as a young tumbler she competed through the agony of a fractured kneecap because "in gymnastics you can't show any weakness".

Paige, 28, had ambitions of being an Olympic gymnast before turning to golf and eventually becoming a social media star with more then three million followers.

She said injuries were par for the course – and admitted suffering the worst pain she had ever felt after he fingernail came clean off.

"My worst injury of all time, my most painful one by far – I was doing a Tkachev where you let go of the bar, fly over it then catch it again," she said on her 'Playing-a-Round' podcast.

"And my fingernail clipped the top of the bar and it ripped it out of the bed.

"I had to go to the doctor and she was terrible. She thought if she reattached it, it would grow back.

"So they had to numb my finger so they were sticking needles into my raw flesh where the fingernail ripped off.

"Never in my life have I been in that much pain than when they were sticking needles into me.

"It was so bad that the nurse got nauseous and she had to leave the room because it was so gross."

She added: "My mum said 'this is stupid' and ended up cutting it and it grew back normally.

"That was by far the worst one but I was pretty lucky with my injuries that I never had anything too bad happen to me.

"But of all the pain I've ever been in all my life, the fingernail was by far the worst. I was screaming and balling when it was happening."

She said she fractured her kneecap twice as a gymnast – but battled through the injury for three weeks before even her parents knew about it.

"I have had a couple really bad injuries being a gymnast. I fractured my kneecap twice and it was weird how it happened," she said.

"They said since I was so young, the muscle actually pulled a piece of the bone off so it wasn't detached, it was just hanging there.

"There was a one in a million chance it would happen and it happened twice.

"I felt that something was wrong with my knee but I was really scared to talk to anyone about it. So I tumbled and did everything on my knee for about three weeks before we went and got it looked at.

"My coach told my parents because I sat down during a rotation and you're not supposed to. That's how we found out the first time."