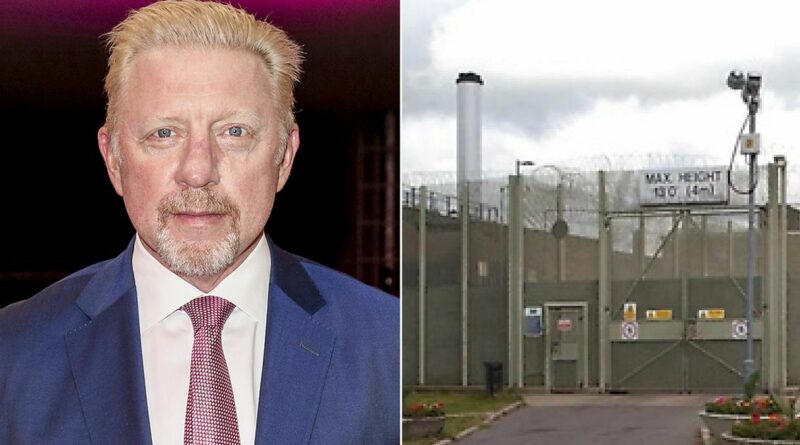 Boris Becker has been commentating on the action at Wimbledon for fellow cons inside prison. The German, 54, has been keeping staff and inmates entertained inside Category C HMP Huntercombe by sharing his knowledge.

The three-time Wimbledon champion and former World No1 has also been analysing players’ styles and predicting who will win and lose matches before they start. He has predicted that Novak Djokovic will win the championship and his likely opponent will be Rafael Nadal, providing he is not forced to retire through injury.

Becker, who was sentenced to two and a half years for concealing £2.5m of assets to avoid paying money he owed after his bankruptcy, also correctly predicted Emma Raducanu would not make it past round two. Becker also told inmates that former British No1 Andy Murray would struggle to finish the first week of the event because he is still finding his best form.

But he believes that Murray could do well in future events. Prison sources say Becker is a model prisoner and is now well-adjusted to life inside the Oxfordshire jail, which mainly houses foreign criminals.

One prison source said: “When Boris is on a roll it’s just like listening to the BBC. At first, he was very quiet [and] minding his own business then a couple of inmates asked him to explain a few of the rules and it all took off. Now everyone gathers around Boris when they are watching matches, either in his cell or on one of the main TVs.

“He has explained and demonstrated how to serve, what top spin is and how to do a drop shot. It certainly makes the time go a little bit more quickly.”

What do you think of Boris Becker's antics in prison? Let us know in the comments section below Details of Becker’s tennis commentary emerged after he was visited in prison by his girlfriend, Lilian de Carvalho Monteiro, and his sons Noah Becker, 28, and Elias Becker, 22. Becker, 54, also received a visit from the BBC pundit John McEnroe, who said he was keen to see his friend and former rival while at Wimbledon after expressing sadness over his financial difficulties.

“Boris is a friend of mine,” the three-time Wimbledon winner, 63, said last week. “This is just horrible. I want to see him if I possibly can and if he’s willing to see people.

“I just feel terrible. He’s one of the great players that ever played the game, and I know it meant a lot to Boris. He’s been going through a lot for a long time. He kept telling me it’s going to be OK, it’s under control. That’s Boris. "He was just a very confident player on the court. But sometimes you’re not necessarily a great investor, you don’t take care of your money off the court as well.”

McEnroe plans to make the 55-mile journey from his accommodation near the All England Club in southwest London to see Becker in prison. We have contacted the Ministry of Justice for comment.