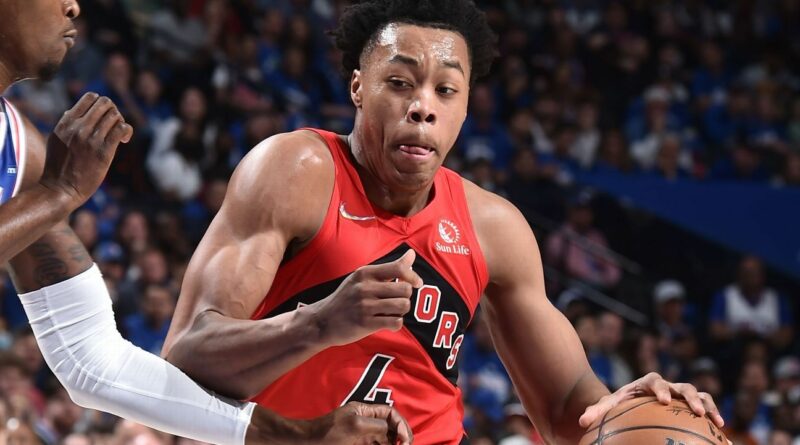 Toronto Raptors forward Scottie Barnes has been named the 2021-2022 NBA Rookie of the Year, the league announced Saturday.

Barnes received 378 points (48 first-place votes). Cleveland Cavaliers center Evan Mobley finished in second place with 363 points (43 first-place votes). The 15-point difference between the first- and second-place finishers is the smallest smallest margin in NBA Rookie of the Year balloting under the current voting format, which began with the 2002-03 season.

Barnes averaged 15.3 points, 7.5 rebounds and 3.5 assists and started all 74 games he played in for the Raptors this season. He also led all rookies in minutes, was third in points and rebounds, and fifth in assists, steals and blocks.

Barnes, has missed the past two games of Toronto’s first-round playoff series with the Philadelphia 76ers with a sprained left ankle he suffered in the fourth quarter of Game 1.

Barnes conducted a short workout on Friday before heading back into the locker room to receive additional treatment. All signs point to a return in Game 4 on Saturday afternoon.