One of the NBA’s biggest stars will be sidelined for multiple games after suffering an injury.

On Thursday, the Houston Rockets announced that reigning NBA MVP James Harden had suffered a Grade 1-plus left hamstring strain. Harden will be re-evaluated in one week and the team will decide how to move on from there.

The Rockets play just two games over the next week beginning with their matchup against the Los Angeles Clippers at the Toyota Center on Friday. Houston also hosts the Portland Trail Blazers on Tuesday, Oct. 30 before they begin a five-game road trip.

Harden left Wednesday’s game against the Utah Jazz with 5:19 remaining in the fourth quarter and didn’t return. Following the game, head coach Mike D’Antoni revealed that Harden had felt some tightness in his hamstring earlier in the game and the team wanted to be cautious.

The Rockets guard did deal with a minor hamstring injury last season. Harden missed seven games last January with a Grade 2 hamstring strain but didn’t believe this injury was as serious following their loss to the Jazz. Last season, Houston put together a 4-3 record during the stretch which Harden was out of the lineup while nursing a hamstring injury.

Through Houston’s first four games of the season, Harden is averaging 28.5 points, 9.0 assists, and 6.3 rebounds while shooting 44.1 percent from beyond the arc. The reigning NBA MVP had registered 29 points and seven assists in 32 minutes on Wednesday before being forced from the game.

The timing of this injury certainly wasn’t ideal after the Rockets have gotten off to a 1-3 start to the regular season with their lone victory coming last weekend against the Los Angeles Lakers. In that game, Chris Paul and Rajon Rondo got involved in an altercation in which punches were thrown and Paul was ultimately suspended two games for his actions. 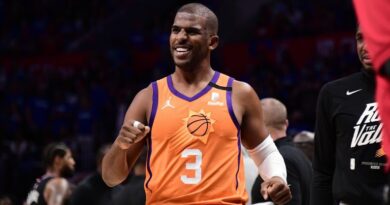 ‘R.J. is big-time’: Duke’s R.J. Barrett draws rave reviews, even as he struggles in MSG debut