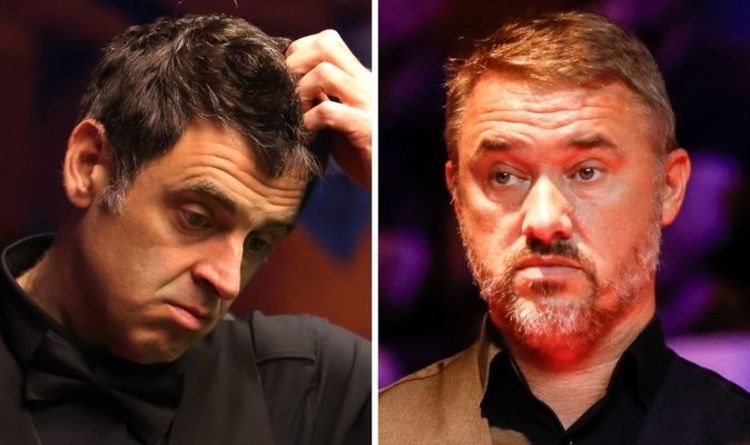 Nicknamed The Rocket, O’Sullivan is this month aiming to become a seven-time World Snooker Championship winner, a feat that would match Hendry’s number of titles. The 45-year-old is currently ranked alongside snooker royalty Steve Davis and Ray Reardon with six world titles, and cruised through to the second round at Sheffield’s The Crucible on Saturday. In defeating Mark Joyce by 10 frames to four, O’Sullivan takes on Hendry’s Scottish compatriot Anthony McGill in the second round.

Hendry ultimately failed in his quest to make the first round.

O’Sullivan and Hendry previously clashed at The Crucible 19 years ago, with the former attempting to ruffle the latter’s feathers before their semi-final.

The Rocket infamously claimed that he wanted to send Hendry “back to his sad little life in Scotland” before O’Sullivan was stunned as he lost 17-13 to the Scot.

Since the incident in 2002, O’Sullivan has apologised to his opponent about the comments, which he described as “terrible” and that he “blamed myself for that”. 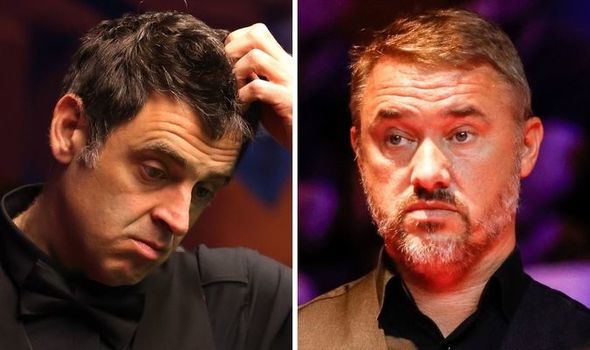 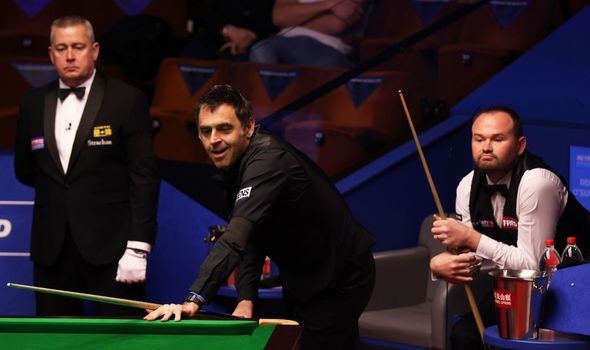 But he also said that former world featherweight champion boxer Prince Naseem Hamed, nicknamed Naz, was responsible for the outburst.

O’Sullivan and Naz formed a close bond in the early part of the millennium, and in his autobiography Me and the Table, Hendry reflected on the boxer’s influence.

In the 2018 book, Hendry wrote: “I wonder – rightly – whether he’s been listening to a certain Sheffield boxer with a penchant for shooting his mouth off.

“In the last couple of seasons, my pal Prince Naseem has visibly switched his loyalties from me to Ronnie, and the latter has been spotted hanging out with Naz’s entourage. 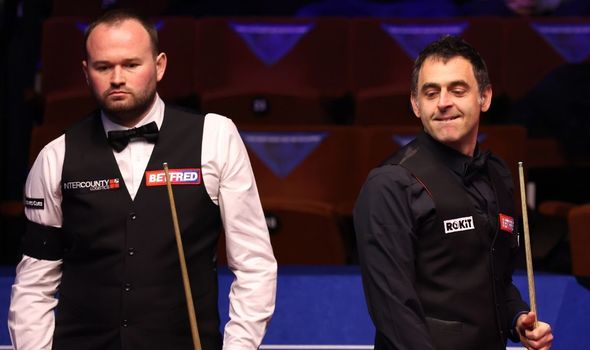 “So it’s not surprising there’s a bit of fighting talk.”

O’Sullivan himself responded about the incident, admitting it “should never have happened”.

According to EUROSPORT last year, O’Sullivan – the reigning world champion – added: “But I’m also blaming Naz for getting me so revved up. He said to me the day before the match: ‘You should be more like this, or more like that.’

“It was okay for Naz because he was a boxer, but I’m a snooker player. You have to respect your opponent. 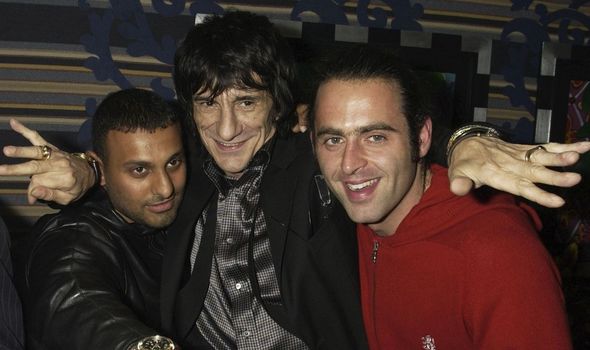 “In boxing, they like that sort of trash talk to sell tickets. It wasn’t really me. I was easily led. When I said it, and when it came out, I was gutted.

“It was a big mistake on my part.”

O’Sullivan is often outspoken about his rivals, but likened Hendry earlier this year to legendary golfer Tiger Woods, as he is a relentless winner.

Hendry’s career was defined in the Nineties, and his domination of the sport is often compared to Steve Davis in the Eighties. 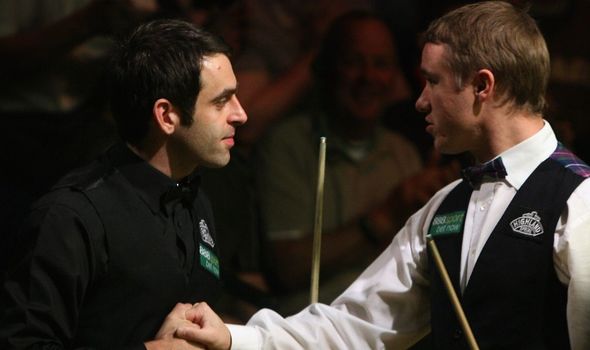 And reflecting on his move back into snooker, O’Sullivan claimed Hendry may “find it tough” to return, but could be good for the Scot.

He said: “You have to play really well to get results.

“If Stephen can stick to what he’s doing – he does a lot of Instagram stuff, he has his TV punditry stuff. As long as he doesn’t say ‘Right, I’m a full-time snooker player’ and invest 24-7 into snooker then he will be fine.

“I just don’t know if he is that kind of animal. He just wants to win, win. If it’s me I just want to play. But Hendry is a different monster. He’s like Tiger Woods.”