Ronnie O’Sullivan ensured that a photographer was kicked out from the UK Championship after complaining to officials. The six-times world champion was beaten by Kyren Wilson in the quarter-final on Friday night.

O’Sullivan was angered by the photographer because they put him off his shot and caused him to withdraw from taking it.

The 45-year-old took issue with referee Jan Verhaas and asked for the snapper to be removed from the event.

“I am good with loads of movement, or no movement. I just can’t do both,” O’Sullivan remarked at the time.

After his 6-5 defeat, he told Eurosport: “I’ve said that unless they have a tripod they are not welcome.

“It’s not a lot to ask, if you are a cameraman it should be standard stuff to be carrying about so maybe he should go to the professionals and get his kit right.”

Despite his defeat, he expressed pride in his performance having battled back from 5-3 down before eventually succumbing.

“That’s what you have to be and maybe that’s what happens as you get a bit older, as you miss a few too many balls.

“I am still proud of myself, I made a game of it and made it interesting.”

Earlier this week, O’Sullivan ripped into other sportspeople who fail to challenge themselves against the best in their field.

He recently said that F1 star Lewis Hamilton has an unfair advantage in his sport because his car is faster than most others.

“It is fantastic for Lewis to win seven world titles, but if your car is going around quicker you can afford to make a few mistakes and still get away with it,” he insisted.

“It’s a bit like driving around smoking a cigar with one finger on the wheel! I think it’s difficult to say where he is (among the greats).

“A lot of the sports I watch – the people that have done it, you have to look whether it’s a level playing field.”

Reminded of those comments, he compared himself to boxer Tyson Fury, insisting that unlike a lot of sportspeople he has never ducked a challenge.

He continued: “There’s a few sports like that, not just F1. In boxing you get someone like Fury who fights anyone, then you get other fighters who refuse to fight certain fighters.

“I like to think I’m a Fury, never ducked anyone, never ducked a challenge, pick myself off the floor and come out fighting even when I’ve not felt like fighting.

“I think that’s the only way you can judge if a sportsman is truly a great or not, if they’ve fought whoever was the greatest at the time in front of them.

“You see a lot of boxers fighting people when they’re past their best or come up with excuses on why the fight can’t happen. You lose respect for them type of people.

“Whereas your Mexicans, your all-time greats, Marvin Hagler, Sugar Ray Leonard, Lennox Lewis, they’re all-time greats because they fought the best when they were at their best. For me, that’s what makes a great a great.” 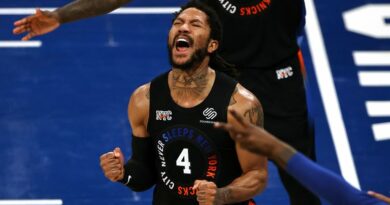