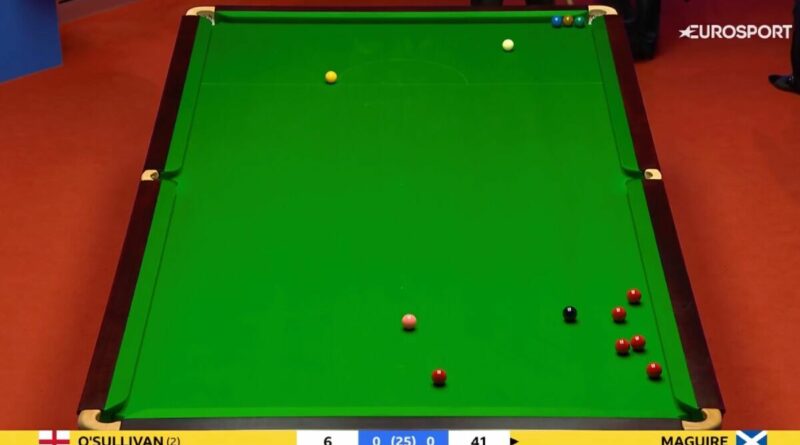 Ronnie O’Sullivan’s clash against Stephen Maguire produced an unusual moment on Tuesday as the red balls and coloured balls all bunched up together in their World Championship quarter-final. Eurosport commentator Neal Foulds expressed his shock at the situation.

“Oh! Where are all these balls going to end up?” expert Foulds said on air. “This is why snooker is great, isn’t it? How can those three balls be up there?! I’ve never seen them like that before, I don’t think!

“Green, brown and blue all next to each other at the top-right pocket. Incredible! Now, what is going to happen here? Goodness me! They are still there. A crazy game, it can be, sometimes. This is an incredible frame! The colours are where they are. I would not know where to start.”

At the time, there was one red ball at the bottom-left corner pocket, with the remaining four all lined up one after another towards the bottom right pocket. Maguire then played a superb shot which left the single red bunched up amongst the others, before the ball screwed back up the table and hit the green ball.

As a result, and to add to the mess, the blue, green and brown balls were all clustered in the top-right corner pocket alongside one another to give O’Sullivan a difficult shot to be able to pot anything. Eventually, O’Sullivan ended up potting the green but fouled as the cue ball ended up in the middle pocket.

Maguire won the frame with the game at 61-8 upon his mishap. But the world No 1 roared back to a 6-2 lead to establish control and put one foot in the semi-final.

O’Sullivan last won the World Championship in 2020 with a comfortable 18-8 win over Kyren Wilson. The six-time world champion can finally draw level with Stephen Hendry’s seven successes if he wins again this year.

He criticised Mark Allen’s lifestyle before beating him in the round of 16 earlier this week. “I think snooker can be one of the toughest sports – you’re away from home a lot, you don’t see your family, you’re just continually going round playing,” said O’Sullivan.

“I try to run, do my gym, keep my sanity and keep my health, but some people find what I do painful.

“Mark Allen is like, ‘What? I’ve got to run seven miles, go to the gym? I’d rather have a curry, have a few bets on the football and have a few beers with my mates’. 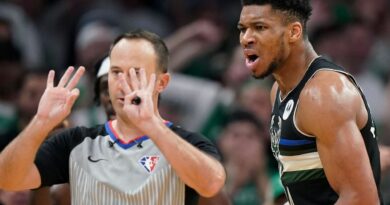 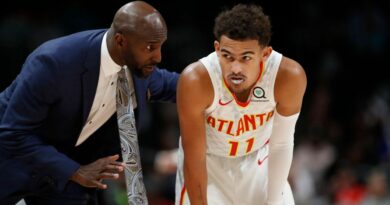