John Higgins is relishing the prospect of reigniting his long-running rivalry with Ronnie O’Sullivan in Friday’s Masters quarter-final. Two of snooker’s all-time greats will face each other with organisers having moved the clash from the afternoon session to the evening to make the most of television viewing figures.

Higgins secured his last-eight spot by beating Mark Allen 6-5 in a dramatic contest on Wednesday.

That win secured a match-up with O’Sullivan after The Rocket came from 5-3 down to beat Ding Junhui in an even more eventful clash earlier that day.

The rivalry between Higgins and O’Sullivan goes back to 1994, when they first played each other at the Dubai Classic.

They have 10 world titles between them, and have met in the Masters three times – each time in the final. 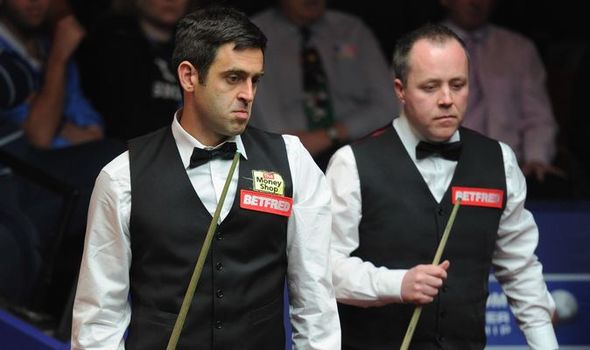 O’Sullivan won two of those finals – and has triumphed in the last three contests between the pair.

And Higgins, whose last win against tonight’s opponent came in 2018, urged snooker fans to sit back and enjoy the spectacle.

“Everybody should just stay in, crack open the beers and watch the game,” Higgins told Eurosport.

“It’s a friendly rivalry, I think, with Ronnie,” said Higgins.

Masters snooker prize money: How much can the players earn?

“I respect him an unbelievable amount, so to still be playing these sort of matches I’m over the moon.

Speaking after his win over Allen, Higgins said he would have to up his game to the next level against O’Sullivan.

“A quarter-final to get through to the semi-final, I know I’m going to have to play better than even tonight,” said the Scotsman, who O’Sullivan has long regarded as the greatest rival of his career.

“I never seen any of his game today, but apparently he played brilliant and Ding played well, so I’ll just have to come in and bring my A game.’

Kawhi and Clippers? Nuggets have the right where they want ’em.