SAN FRANCISCO — Derrick Rose isn’t looking for validation in the wake of his career-high 50-point game on Wednesday night for the Minnesota Timberwolves. He’s looking to build on his complicated legacy each time he steps on the floor.

“I’m making history right now,” Rose told ESPN on Friday. “Like every time I touch the court is history. That’s how I feel about it right. And I feel like my fans and the people that watch, they can relate in some way. I mean the people that really care about me. You have people that talk s— here and there but they’re the ones that’s following my story and the ones that’s writing about my story. So who cares what they say. They just got to keep watching and keep writing.”

Rose, who became the youngest MVP in league history at age 22 after the 2010-11 season, says that while he wasn’t sure his body would allow him to keep playing after multiple knee surgeries, there was never a point where he seriously considered retiring.

“No,” Rose said. “I always say like, I quit a couple of times but never gave up. Like that’s something I never did. I never gave up, I never threw in the towel. And it plays a role into like the character I have or the character I’ve built for myself. Like I know how much I love the game. I have my son, I have my daughter now. And I never want them to look back and see that I gave up.

“So me having my kids I feel like they played a huge role in me especially coming back and me like pushing through everything right now. Like being 30 , going through five surgeries — four surgeries, an eye surgery … five surgeries total — and just understanding where I’m at in my career and knowing that I still have a life. But I don’t like speaking about it anymore. I just want to let my game speak for itself.”

Rose, now 30, says his lowest point came during the beginning of last season as a member of the Cleveland Cavaliers. He was injured early and stepped away from the game to re-evaluate if he still wanted to play.

“I thought my career was over,” Rose said. ” I wasn’t able to run for a month and a half. I didn’t know what was going on with my ankle. And I was just trying to figure things out. Around that time I found me and my guy Art in a gym at 3 or 4 o’clock in the morning shooting shots. … I found myself always like around basketball in the gym because it was my safe haven. So that’s like, being in Cleveland, that’s when I realized that I still had joy for the game and the game was still somewhere in me.”

In the midst of Rose’s resurgence as a player, he’s continuing to deal with rape allegations filed against him. He was found not liable in a civil suit two years ago, but the woman has filed an appeal that will be heard in two weeks.

“It’s all about just having a team,” Rose said. “I have a team. I don’t have to appear in court. I have a team set up where my best friends are going on my behalf. And I’m able to focus on the season, so I don’t have to worry about that. I wish her nothing but the best. I hope that she’s happy. But other than that I’m focusing on basketball and where I’m at. I’m being mindful of where I’m at right now and my career.”

Rose understands there may be people who never cheer for him again because of what came out in the case.

In the short-term, Rose is trying to continue carving out a new beginning for himself on the basketball court. NBA players filled social media with well wishes after his 50-point performance on Wednesday, and he believes he knows why his story has resonated with so many.

“Everybody go through adversity in their life,” Rose said. “And it’s all about how you take on that adversity. And I feel like I’m mentally tough, and I know that I work on my craft. And I know it’s part of everyone else’s life or everybody in this world, basketball world, or in the media to write stories.. Like all this is out of my control, like, it kills me when people try to predict my career when they can’t predict the weather. So how the f— you going to tell me what my career is going to be when you can’t tell me if it’s gonna snow or rain tomorrow? Makes no sense to me.”

Rose says his new goal is to win a different type of award while helping steer a young Timberwolves group through the uncertainty of a season clouded by talk of Jimmy Butler’s imminent departure.

“Just to win Sixth Man of the Year,” Rose said. “And to help the young guys mature and grow and see how far this team can go.”

As for Butler’s ongoing drama, Rose is hopeful that his longtime teammate will end up staying in Minnesota this season.

“I want him to stay,” Rose said. “I know that my teammates want him to stay, the team wants him to stay. But he’s a grown man. He has to make the best decision not only for himself but for his family and his career. So like I said, with me being in my position and everything I went through I wish him nothing the best. And I think he could feel that, too.”

Whenever Rose leaves the game, he wants his legacy to be easily recognizable within the world of basketball — that he played hard and gave it everything he had.

“Just simple,” he said. “That I was a dog … that’s a basketball terminology. He was a killer out there.” 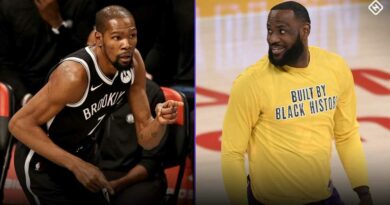 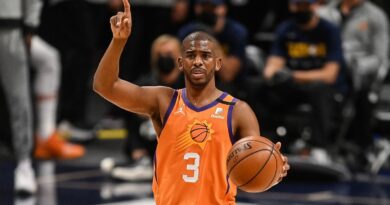