The Houston Rockets have agreed to trade Russell Westbrook to the Washington Wizards for five-time All Star point guard John Wall and a future first-round draft pick.

Westbrook, a nine-time All Star point guard and the 2017 NBA MVP, spent the bulk of his career with the Oklahoma City Thunder before being traded to Houston in 2019.

The 32-year-old averaged 27.2 points and 7.9 rebounds in the most recent NBA season.

OFFICIAL: The Houston Rockets have acquired John Wall and a future first round pick from Washington in exchange for Russell Westbrook.

Wall, meanwhile, has not featured in a game in almost two years after knee and Achilles injuries respectively.

He averaged 20 points and eight assists and has played his entire career to date with the Washington Wizards. News of the Westbrook-Wall trade comes amid widespread reports that 2018 MVP James Harden, the league’s leading scorer, had sought a trade from the Rockets after the departure of the team’s head coach Mike D’Antoni and general manager Daryl Morey.

The NBA pre-season schedule is projected to commence on December 11 and conclude on December 19, while the 2020/21 NBA campaign, a shortened 72-game regular season, is scheduled to get underway on December 22.

LeBron James has agreed a new two-year, $85m contract extension with the Los Angeles Lakers, according to The Athletic’s NBA Insider Shams Charania. 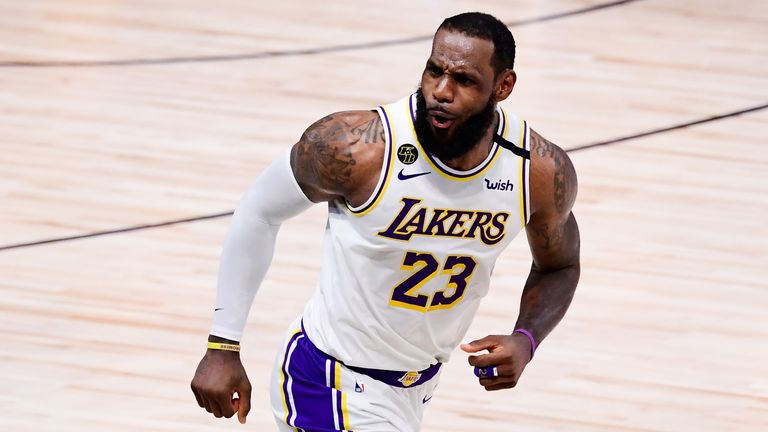 The 35-year-old, who turns 36 later this month, is heading into his 18th season in the NBA and third in LA, having won his previous three titles during his time with the Cleveland Cavaliers and Miami Heat.

James averaged 25.3 points, a league-high 10.2 assists and 7.8 rebounds per game in the regular season and was tied-second for triple-doubles with 13 as he averaged a career-low 34.6 minutes across his 67 outings.