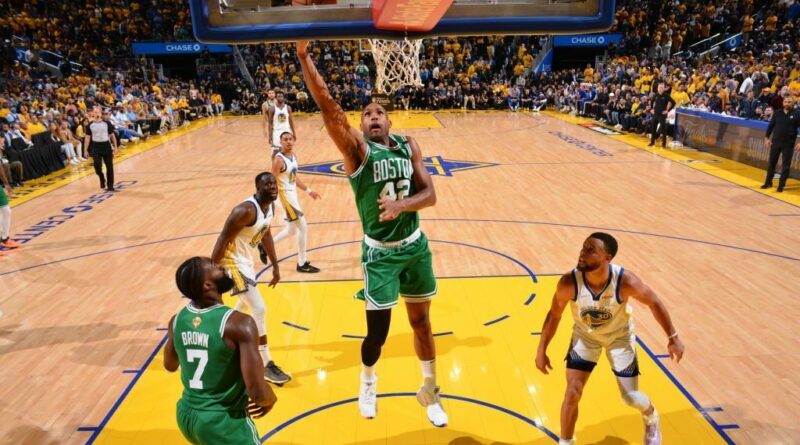 After a wildly entertaining NBA season, we have finally arrived at the NBA Finals. The Golden State Warriors hope to capture their fourth championship since 2015, while the Boston Celtics look to secure their first title since 2008.

Prior to Game 1, this Celtics squad was new to the Finals, as no one on the Boston roster had played in an NBA Championship game. According to ESPN Stats & Information research, Golden State’s 123 games of Finals experience to Boston’s zero games was the largest gap since the Chicago Bulls (134) vs. the Utah Jazz (0) in 1997.

Read More: Why Celtics-Warriors could be an epic series

But Boston’s inexperience on the NBA’s biggest stage proved to be a moot point.

For most of the contest, Golden State appeared to be in complete control as Stephen Curry and Klay Thompson recorded historic milestones, but the final 12 minutes were a different story.

After trailing by 12 points to start the fourth quarter, Boston went on a run largely driven by Derrick White and Al Horford to take the lead.

In his first ever Finals appearance, Horford led the team with 26 points while Jaylen Brown and White added point totals of 24 and 21, respectively.

The Celtics outscored the Warriors 40-16 in the fourth quarter and ended the game on a 20-5 run that caught the attention of several stars, including longtime New England Patriots receiver Julian Edelman, Kevin Durant and Alex Caruso.

It’s a sign of how dangerous the Warriors are from beyond the arc that Klay Thompson passed LeBron James for second on the all-time playoff 3-pointer list in the second quarter … and No. 1 is his teammate Steph Curry.

Jay-Z takes in the action

After the game, he congratulated Jayson Tatum on the comeback victory.

Stephen Curry kicked off the series strong start in the first quarter. His six 3-pointers in the first frame are a Finals record for the most in a quarter.

Ja Morant was also among the stars to note his hot start.

Spike’s in the house

Famed director Spike Lee can usually be spotted courtside at New York Knicks games, but tonight he’s at the Chase Center for Game 1.

Before the game tipped off, the fashion choices by a few players certainly turned some heads. Take Jayson Tatum for example, as he rocked a multi-patterned suit jacket on the pregame runway. His teammate Jaylen Brown donned a leather coat with some graphic jeans.

The Warriors went all-out for refreshments at the Chase Center for Game 1. Fans could get chicken waffle cones, souvenir cups for beer or other drinks, Moet & Chandon champagne, black sturgeon caviar and a stone-fruit old fashioned cocktail. There were oyster bars and popcorn bars in some boxes.

Both squads chose to roll with gold in the series opener.

Boston used the color in complementary fashion by adding a Finals emblem on its jerseys. Meanwhile, Golden State stayed true to its “Gold Blooded” postseason theme with T-shirts. 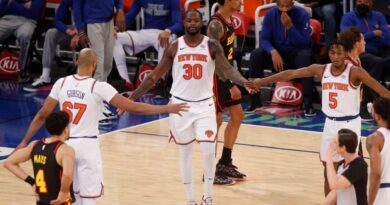