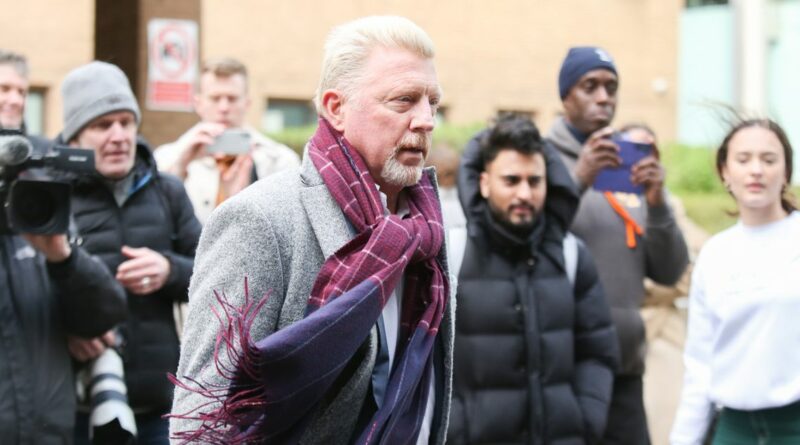 Shamed tennis ace Boris Becker may carry on working as a TV pundit behind bars.

Telly giant Eurosport wants the former three-time Wimbledon champ to feature in its coverage of the French Open later this month even though he is banged up in jail. Bosses want to set up a studio inside HMP Wandsworth in south-west London from which Boris, 54, can serve up his expertise.

He was jailed for 30 months last week after being found guilty of hiding £2.5million of assets following his bankruptcy. The former world No1’s home is now a 6.5 square-metre cell. Before he was sentenced Becker was due to appear as a Eurosport commentator at the Paris tournament which begins on May 22.

Rather than replacing him, Eurosport ski pundit Frank Woerndl told Swiss newspaper Blick the six-time Grand Slam-winner could still appear on air. He said the broadcaster was working on trying to include Becker in its live broadcasts.

Woerndl said: "The management of Eurosport is currently clarifying with Becker's lawyers whether it is possible to set up a home studio for Boris in prison."

The TV network's plan looks a long shot as even mobile phones are banned at the Category-B prison. But the chances may increase if he is transferred to an open prison in time.

HAVE YOUR SAY! Should Boris Becker be allowed to work from inside prison? Let us know in the comments section.

Jail bosses do not like standing in the way of convicts’ employment opportunities. Becker’s lawyer Jonathan Laidlaw QC told the sentencing judge the superstar was broke and had 'nothing to show' for the 'most glittering of sporting careers'.

If he cannot find work he 'will have to rely on the charity of others if he is to survive', he added. Sources say Becker may only serve six months behind bars before being released to finish his sentence wearing an electronic tag.

The Prison Service had not responded to a request for comment on Thursday. 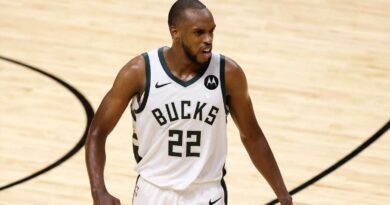 Someone Should Put The Warriors In Rice