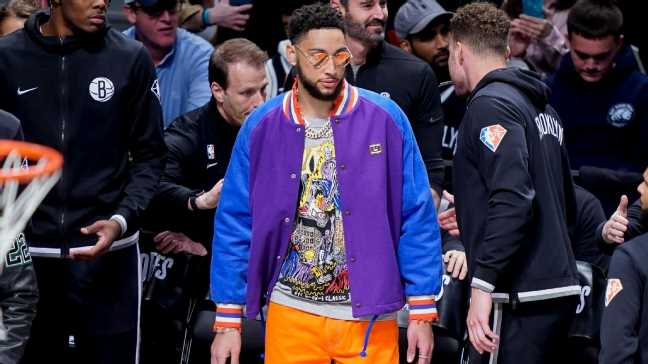 NEW YORK — Ben Simmons’ status for Game 4 against the Boston Celtics remains uncertain as the Brooklyn Nets wait to see how his back responds from the past few days of practice.

Simmons, who has not played in an NBA game since June 20 after requesting a trade from the Philadelphia 76ers over the summer, is still being evaluated, Nash said. Simmons has been dealing with a herniated disk in his back since late February.

“I have no idea,” Nash said after Sunday’s practice, when asked if he thought Simmons would play Monday. “I think it just really depends hour to hour how he improves and where he’s at.”

Sources had told ESPN’s Adrian Wojnarowski on Friday — prior to the Nets’ 109-103 loss in Game 3 on Saturday night — that, barring a setback, Simmons planned to play in Game 4 and that the Nets hoped the forward could contribute 10 to 15 minutes.

Simmons, who was acquired by the Nets just before the February trade deadline, was optimistic about his chances to play against the Celtics when talking to reporters Friday, but the tenor of the series changed even more after Brooklyn fell into a 3-0 hole.

Nash was asked whether he thought it was fair to put Simmons in that type of situation in his first game.

“That’s a good question,” Nash said. “Part of the decision has to be Ben’s. I think that he has to be all-in. And so that is a part of the equation, that’s fair. It’s not all on Ben. It’s not like, ‘Ah, come on, you didn’t play Ben.’ This is a unique situation. He’s never played with his teammates. And to go into a playoff situation after a long period of inactivity and injury is not straightforward.

“So there shouldn’t be any conclusion made either way whether he plays, doesn’t play. Plays well, doesn’t play well. Affects the team positively, negatively, all that stuff is possible, and it’s not fair to create a narrative out of it. This is just the position we’re in. And like all these other variables we’ve faced this year, let’s face them the best we can and let’s keep moving forward.”

If Simmons plays, he would be debuting in a playoff game alongside teammates he has never played with before. The veteran players on the Nets roster have not been participating in the handful of 3-on-3 and 4-on-4 scrimmages that Simmons has been in over the past week.

“I have no idea,” Nets guard Bruce Brown said, when asked if he thought Simmons would play. “That’s above my pay grade.”

Nets guard Seth Curry, who was acquired from the 76ers in the same deal with Simmons, chuckled at the uncertainty of the situation when asked the same question Sunday.

Like many Nets players, Curry isn’t sure whether Simmons will be out there, but he is hopeful Simmons will look like the same All-Star-caliber player if he does play.

“Hopefully he’s close to the Ben I’ve seen in the past,” Curry said. “Big, long body defensively. Guard off oppositions. Hopefully provide some pace, rebounds and transition game and some playmaking and physicality. Just everything he brings if he plays in whatever minutes he’s out there. Hopefully it’s just a little boost of energy as well.” 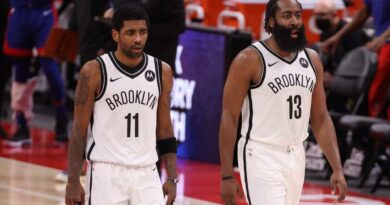 Nets vs. Warriors takeaways: Changing of the guards for Brooklyn 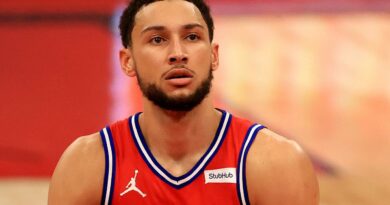