In the wake of Philadelphia’s shocking second-round playoff loss to the Hawks, the big debate has been whether to stick or twist with Ben Simmons.

The Aussie’s unwillingness to shoot the basketball has led to him repeatedly sitting out the clutch plays at the end of the fourth quarter against Atlanta – not something you want from your second best player.

However, his stock has taken such a tumble from 12 months ago that a trade where Philly come out stronger is difficult, leaving the team to put a priority on deconstructing and rebuilding their former first overall pick.

Memories are short in the NBA world though, and while Simmons suffered a disastrous postseason and ended with the lowest free throw percentage ever, his regular season was far better and even showed occasional signs that he was starting to put it all together.

Ben Simmons was let down by his mental game. (Photo by Kevin C. Cox/Getty Images)Source:Getty Images

But now one of those coaches who had the biggest impact on Simmons’ improvement over the last season – and probably the man who would be tasked with the deconstruction and rebuild of the 24-year-old – could well be on his way out of Philly.

And it could mean the option to trade Simmons becomes even more appealing.

According to ESPN reporter Brian Windhorst on a recent episode of his Hoop Collective podcast, Sixers assistant coach Sam Cassell is one of “two of the leading candidates” for the vacant Washington Wizards job, along with Denver Nuggets assistant Wes Unseld Jr.

Wizards reporter Ben Mehic has corroborated the report since, saying: “I’ve heard Sam Cassell is in the mix for the Wizards’ head coach position.

“Cassell has history with the team, so that was expected. Tommy Sheppard said he wants ‘someone who’s a strong communicator’ and Cassell, certainly, is that.”

As @WindhorstESPN reported earlier, I’ve heard Sam Cassell is in the mix for the Wizards’ head coach position.

Cassell has history with the team, so that was expected. Tommy Sheppard said he wants “someone who’s a strong communicator.” Cassell, certainly, is that.

Cassell was Wizards assistant coach for five years after his 15-year playing career before Doc Rivers hired him when he was head coach of the Clippers.

He followed Rivers to Philadelphia ahead of the recent season and one of his major roles with the team was the mentoring of Simmons. And according to the Philly Voice, that will be his main focus in the off-season as well.

So should Cassell get the head coach role with the Wizards, Philadelphia could feel like they don’t have someone who is able to get the best out of Simmons, even if his mental block in the playoffs was something he simply couldn’t overcome.

While his free-throw shooting was dreadful as a result of what was going on between the ears, especially against Atlanta, Simmons did go through a purple patch around February time, shooting nine, 13, 14 and six from the line in four consecutive games at a 78.6 success percentage.

And Simmons knew exactly who was responsible for that.

Sam Cassell has been working with Ben Simmons a lot. (Photo by Mitchell Leff/Getty Images)Source:Getty Images

“I think me and Sam (Cassell) talk and work every day on it,” Simmons added. “Just taking my time, getting into a rhythm and knowing if I do miss, why I missed. I think that was big. I’m confident going to the line. I love getting in those free those and having that confidence to knock them down especially if I’m gonna shoot 10 or 12 a game.

“I think overall, we just work together. I can relate to him. We talk every day and we have a great relationship. It’s only growing. He’s helped me a lot with my game and running this team.”

It is not a relationship that has been lost on Rivers, and his ability to help players grow has been one of the big reasons he has kept Cassell around as his assistant for so long.

“I think Sam’s been amazing,” said Rivers. “He’s done it everywhere he’s gone. He has a great ability to communicate. He’s extremely direct, and I think he’s one of those guys, there’s guys around the league that have a way of telling you the truth, and not offending you. I think Sam does a great job of that.

“Sam destroys him on every turnover,” Rivers said earlier this year. “Even the one today, if you saw, (Simmons) was looking at the bench because Sam literally lost his mind on it. Sam is the turnover whisperer, I guess, right now, because he’s all over Ben about it. It’s important for us, especially down the stretch.”

Sam Cassell was at the Clippers with Doc Rivers before. (Photo by Harry How/Getty Images)Source:Getty Images

“Yeah, Sam’s been on my ass, which is a good thing,” he said. “He’s trying to help me. I’m the point guard, I have the ball in my hands a lot of the time, so I’ve got to take care of it. We’re trying to make sure teams don’t have fast breaks, and that starts with turnovers and not rebounding the ball. As long as I take care of the ball, lower my turnovers and find my guys and have high assists, I think we’ll be all right.”

Of course, he was not alright in the end as his mental game let him down at the crucial moments, and if Cassell does leave for the Washington job, his successor will effectively be starting from scratch with Simmons.

And if even someone as highly regarded as Cassell couldn’t get him playing his best when it mattered most – what chance does his successor even have?

It could be the most significant factor as to whether the Sixers do enter the trade market for Simmons and cut their losses on him or not.

ESPN’s Stephen A. Smith reported that Golden State would “make a push for Simmons” but it could involve a three-way trade to make it happen, given the Warriors aren’t willing to lose anyone that Philly would want.

According to the Philly Voice, this is where the Warriors and the Sixers could bring Cassell’s potential new team Washington Wizards into the fold.

If the Wizards are willing to move on Bradley Beal, who fell just short of Steph Curry in the battle for the shooting title this season, to Philly and embark on a rebuild with a new head coach with a huge reputation for developing players, then the Warriors’ two top-14 Draft picks (picks seven and 14) will be extremely enticing to them. And that would free up Simmons to make the move west.

While it would be extremely difficult to do, the Philly Voice believes there could be a “Frankenstein’s monster sort of deal they could pull together over the next month to execute on or before draft night”. 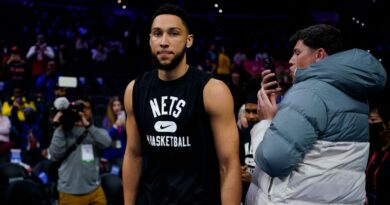 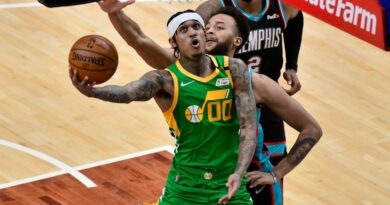