Former associate head coach Jeff Bzdelik is returning to the Houston Rockets and will rejoin the team full time after Thanksgiving, a league source told ESPN.

Bzdelik has signed a deal to work as the Rockets’ defensive coordinator for the rest of the season. He has resolved family issues involved with the move, but still has some commitments that will keep him from joining the team until later this month, according to a source.

The Rockets are 3-5 this season and are allowing 112.1 points per game.

Bzdelik’s defense evolved into one of the NBA’s best units last season, moving up significantly statistically in the consecutive seasons that he oversaw it.

Houston had the NBA’s best regular-season record and reached a Game 7 before losing to Golden State in the Western Conference finals last season.

Bzdelik started in the NBA 30 years ago as a scout, eventually working for Pat Riley with the New York Knicks and becoming head coach of the Denver Nuggets from 2002 to 2004. He was a college head coach with Air Force, Colorado and Wake Forest. 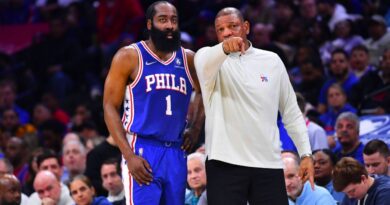 Morey: Rivers will be back; hopefully Harden, too

Knicks address missing out on Kevin Durant, Kyrie Irving: ‘We continue to be upbeat and confident’