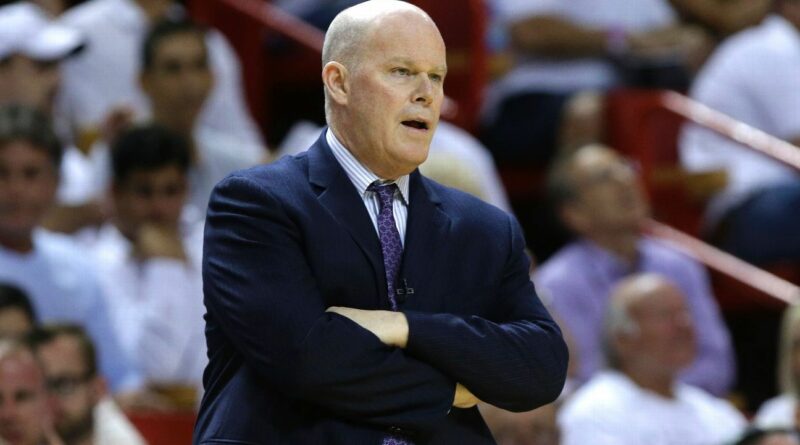 Steve Clifford has agreed on a deal to become the Charlotte Hornets coach, returning for a second run on the job, sources told ESPN.

Clifford, who led the franchise to two playoff appearances in a five-year run that ended in 2018, returns in the wake of Golden State assistant Kenny Atkinson changing his mind on accepting the Charlotte job and returning to the Warriors.

Clifford always had a strong working relationship with owner Michael Jordan and fit the profile of what Jordan and GM Mitch Kupchak wanted for this developing, young roster: A coach who could improve them defensively and transform them into a playoff team. Clifford is well-regarded among his coaching peers, and respected for maximizing the talent on his rosters in both Charlotte and Orlando.

Clifford met with ownership and management in recent days and momentum quickly gathered on his candidacy to return, sources said.

Long considered one of the NBA’s top defensive coaches, Clifford will be tasked with improving that end of the court for a Charlotte team that has finished among the bottom 10 teams in the NBA in defensive rating three of the last four seasons – including ranking 23rd this past season.

In his five seasons with the Hornets, Charlotte’s defense ranked inside the top 10 three times, and he also finished eighth and 11th in two of his three seasons as coach of the Magic.

Charlotte finished last season with the NBA’s eighth-ranked offense, and has plenty of firepower at that end of the court between All-Star guard LaMelo Ball, restricted free agent forward Miles Bridges, guard Terry Rozier and forward Gordon Hayward, among others.

The reunion between Clifford and the Hornets comes after the team initially agreed to a deal with Atkinson to replace James Borrego, who was fired after four seasons in April.

Clifford, 60, went 196-214 across five seasons with Charlotte during his first stint with the franchise, which saw him lead the team to its best record since the Hornets returned to the NBA in 2004 as an expansion team when they went 48-34 in 2016. The Hornets lost in the first round to the Miami Heat in seven games.

He led Charlotte to two of its three playoff appearances in the 18 seasons since it returned to the NBA. Clifford’s 196 wins are second in franchise history behind Allan Bristow, who coached the team in the mid-1990s, and is tied with Bristow for the most games coached in franchise history.

After Clifford was fired by Charlotte in 2018, he was hired a few weeks later by the Magic, where he coached for three years – including back-to-back playoff appearances over his first two seasons – before both sides agreed to part ways after a 21-61 season in 2020-21. He spent this past season working in a consulting role for Steve Nash with the Brooklyn Nets.

Clifford began his career working as a coach at various colleges in the Northeast before serving as an assistant coach with the New York Knicks, Houston Rockets, Magic and Los Angeles Lakers before being hired by the Hornets in 2013 for his first head coaching job.

Clifford agreeing to coach the Hornets leaves one team – the Utah Jazz – without a head coach for next season, after longtime coach Quin Snyder decided to step away from the team earlier this month.

Someone Should Put The Warriors In Rice