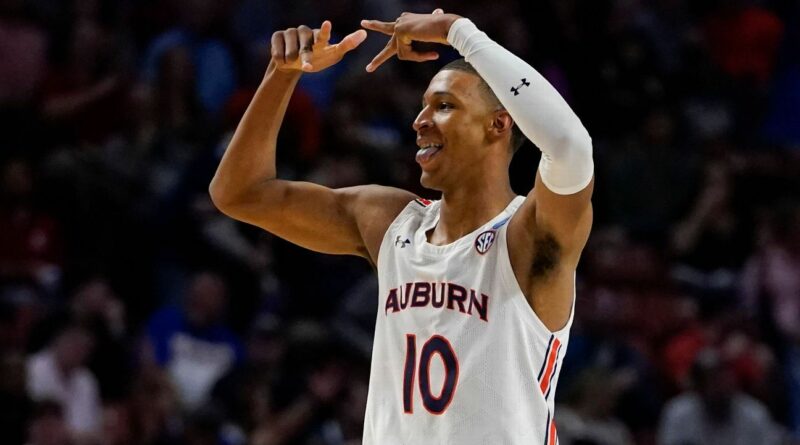 As NBA teams finalize their boards ahead of Thursday night’s NBA draft, sources have told ESPN’s Adrian Wojnarowski that the order of the top three picks is “increasingly firm,” with Auburn’s Jabari Smith Jr. going to the Orlando Magic at No. 1, Gonzaga’s Chet Holmgren to the Oklahoma City Thunder at No. 2, and Duke’s Paolo Banchero to the Houston Rockets at No. 3.

The 6-foot-10 Smith worked out with the Magic earlier this month and was the consensus betting favorite to be selected first overall as of Wednesday night. Magic president Jeff Weltman indicated Monday that the organization was still undecided on its plan for the draft, saying “it’s still early in the process.”

Smith admitted he was “nervous” heading into his workout with the Magic but said it was “fun to get out here and push myself and get through it.”

Smith, 19, averaged 16.9 points and 7.4 rebounds in his lone season at Auburn, shooting 43% from the field and 42% from 3-point range. Against teams that were ranked in the Associated Press top 25 when facing Auburn, Smith averaged 20.8 points and 6.4 rebounds.

The 7-foot Holmgren also met with the Magic last week and praised the franchise, saying the organization is led by “great people.”

This is the fourth time that Orlando will be making the No. 1 pick. The Magic took Shaquille O’Neal with the top selection in 1992. Chris Webber was the No. 1 pick by Orlando in 1993, and he got traded that same night for Penny Hardaway and a package of future picks that were eventually turned into Vince Carter and, later, Mike Miller. And in 2004, the Magic selected Dwight Howard with the first pick.

The No. 1 pick Thursday will join a young core in Orlando that already includes 2017 top pick Markelle Fultz, a pair of top-eight picks from the 2021 draft in Franz Wagner and Jalen Suggs, and Cole Anthony — the No. 15 pick in the 2020 draft.

Banchero, who helped lead Duke to the Final Four in coach Mike Krzyzewski’s last season, surged past Smith to emerge Thursday morning as the consensus betting favorite for the No. 1 pick, before sportsbooks removed odds from their boards.

Smith’s odds had improved to -275 as of Wednesday before being passed by Banchero, who was listed by Caesars Sportsbook at -200 to be selected first overall. Smith was the second-favorite at +140 at Caesars, while Holmgren was +1,100 on Thursday, before sportsbooks began taking odds off the board.

ESPN’s David Purdum and The Associated Press contributed to this report. 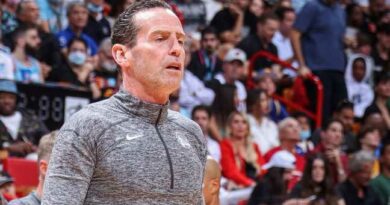