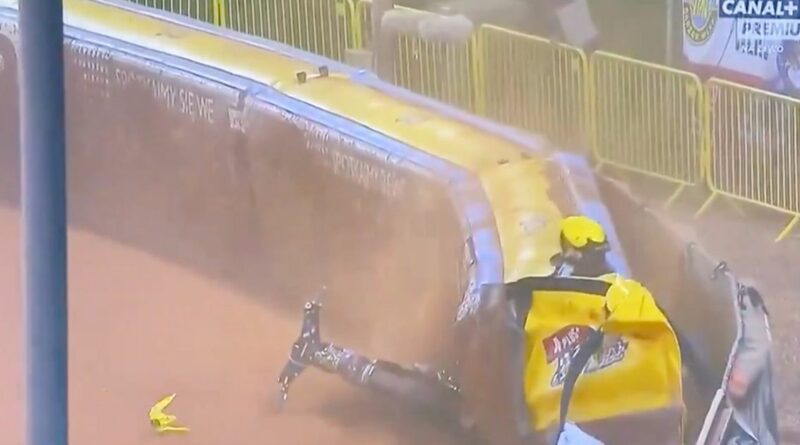 A speedway star somehow managed to walk away after crashing head first into a wall.

Freddie Lindgren, one of the world's best riders, got caught on the handlebars of his bike and was sent flying when European Champion Mikkel Mikkelsen lost control on the last lap of the race.

His bike went into the air and slammed into the side of the ex-Wolves skipper, who was attempting to catch Great Britain skipper Tai Woffinden up ahead.

The Swedish racer was draped over the handlebars following the incident, and appeared to be knocked unconscious.

Thankfully both riders walked away from the crash and were laughing and joking with each other afterwards.

“I feel I had a Guardian Angel by my side and am grateful I didn’t sustain any serious injury!” said Lindgren following the Danish Grand Prix semi-final.

Seven-times British Champion Scott Nicholls, watched on in the TV studio and was left shaken following the incident.

He told viewers: “How the hell Freddie got up from that crash is unreal. That was a sickener.”

What are your thoughts on the horrific crash? Let us know in the comments section.

The race was stopped following the crash while they refitted a new section of the track.

Lindgren was taken to a nearby hospital to be checked over and thankfully he is okay.

“I got released after a full check-up. No broken bones just battered and bruised," he said.

His wife Carolina added: “Fredrik is really bruised but, thankfully, nothing is broken.”

The 35-year-old is fourth in the title race and just two points behind Emil Sayfutdinov in third.

Despite the crash, the last race still took place and Russian Artem Laguta won his fourth GP of the season to move to the top of the standings and a solitary point ahead of defending world champion Bartosz Zmarzlik. 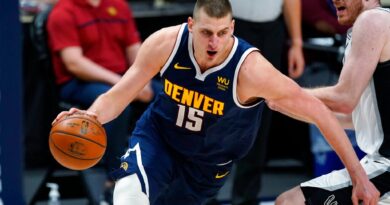 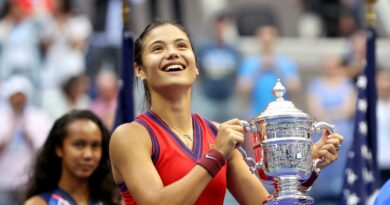 Raducanu’s Instagram following soars all the way to 1.2million in just 24 hours