OAKLAND — The word “janky,” accorded newfound celebrity status thanks to Steph Curry, is about to enjoy more time in the spotlight.

After the Golden State Warriors beat the Toronto Raptors 109-104 Sunday in Game 2 of the NBA Finals, Curry used the word to deride the box-and-one defense the Raptors used on him in the fourth quarter.

And so a question begged to be asked with Game 3 Wednesday at Oracle Arena (9 p.m. ET, ABC).

“What does janky mean anyway?’’ Warriors coach Steve Kerr asked Tuesday during his media session. “I'm not exactly sure.”

When Curry got to the interview room next, he was asked to explain what he meant.

“I don't know, that's a little Southern, North Carolina slang that I probably just pulled out of my back pocket,’’ said Curry, who was raised in Charlotte. “It sounds right. I don’t really know what the true definition is.’’

The Oxford Dictionaries online define janky as “of extremely poor or unreliable quality.’’

The Urban Dictionary defines janky as “inferior quality; held in low social regard; old and dilapidated; refers almost exclusively to inanimate material objects, not to people.’’

By any definition, Curry, who failed to attempt a shot in the final eight minutes of the game while facing the box-and-one, was using the word in disparaging terms Sunday during his postgame TV interview.

“The whole fourth quarter they were playing some janky defense, just trying to send bodies to me everywhere,’’ Curry said. “And our whole roster just took advantage of it.

“Over the course of the game, that’s kind of disrespectful to leave Andre Iguodala open like that (on the game-clinching 3-pointer.) You know with the game on the line, he’s made big shots like that before. And he got it done tonight.’’

“… it was obviously innovative and unexpected in terms of defense you haven't seen in awhile,’’ Curry said. “But there are things that we could have done differently to try to create better shots on every possession they threw at us, whether it's me off the ball or with the ball in my hands or working around other guys.  But at the end of the day, that fourth quarter was just kind of weird overall with the pace and lack of scoring.’’

Kerr said it's a defense he has never seen used in the NBA.

“In ninth grade a team played one against me. Very proud to announce that,’’ Kerr quipped. “I had a box-and-one, just like Steph. So janky defenses have been going on for a long time.’’ 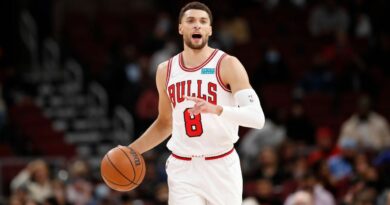