Stephen Curry had a question for Dwyane Wade regarding his decision to retire: “Are you sure?”

Wade and Curry swapped shirts Sunday after Wade, 37, was on the losing side in his final appearance at Oracle Arena. Curry’s assessment afterward: The Heat legend, who will retire at the end of the season, could keep going.

“It seems like he’s got a lot more in the tank,” Curry said. “That’s what I told him after the game. I was like, ‘Are you sure? I know you’ve got a lot of stuff going on off the court, your family and all that. Are you sure you don’t have a couple more years left in there?'”

“But obviously with him going to every road arena one more time, it’s a different energy for sure.”

The Warriors trailed by 17 points in the first quarter and Curry says they remain a work in progress despite a run of four consecutive victories.

Dwyane Wade: Warriors’ starting five ‘as good as it gets’

He said: “Still a feeling-out process in terms of the lineup and just understanding what we’re trying to do in every possession.

“We’ll correct it but it’s just an understanding, it’s a different look and there’s so many options and weapons out there. Still got to be aggressive to start the quarter, you can’t assume it’s just going to happen. We’ll fix it.” 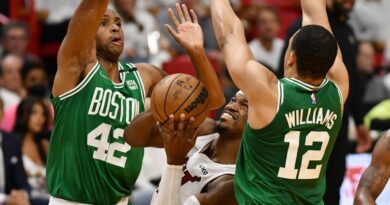 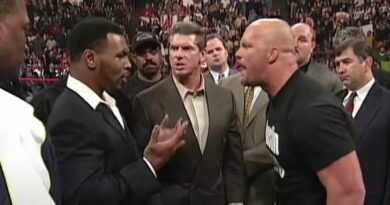