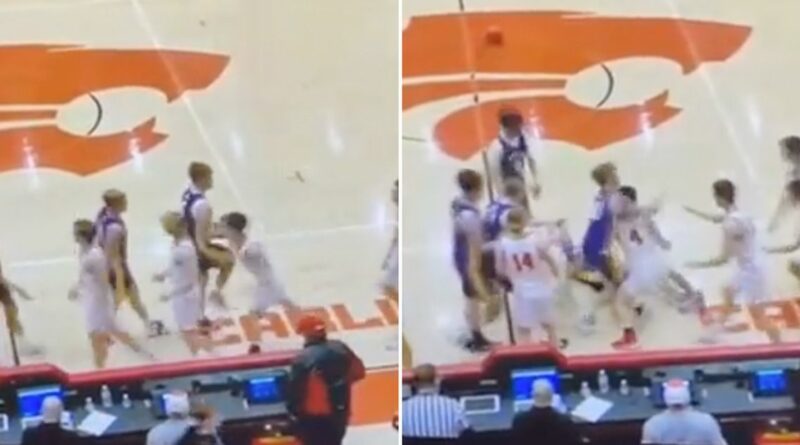 A high school basketball player has been charged by police after launching a brutal attack on an opponent during a post-match handshake.

The match itself had been a one-sided affair, with the Iowa-based Carlisle team being thrashed 72-47 by the Nevada High School Cubs.

But the most dramatic action came after the final whistle, when the attacker can be seen breaking the handshake line to swing at an opponent.

He can be seen throwing a vicious right-hander right into the other player's gut, before landing a second punch with the same hand which seems to connect with the jaw.

The stricken player falls backwards but is caught by a quick-thinking team-mate, who then tackles the aggressor to the ground.

The Carlisle player can be seen still attempting to throw punches before several players and coaches from both sides intervene to put an end to the attack.

According to Fox News, a 17-year-old has been charged with wilful injury – a felony crime.

The teen was booked into a local prison, but has since been released on bail.

What's the most dramatic thing you've ever seen at a school sports match? Let us know in the comments section.

The victim was quickly seen by medics after being knocked out by the punches, police said.

A statement from the Carlisle Police Department said the victim had "sustained a loss of consciousness, injuries to his mouth and immediately received medical care".

"Fortunately, it sounds like our student-athlete is going to be alright." He went on to tell TMZ: "It's a very unfortunate situation. I'm happy they de-escalated it. I thought our coaches and staff handled it well and got everyone out of there without it worsening."

A spokesperson for the Iowa High School Athletic Association said: "Violent conduct has no place in Iowa high school activities.

"IHSAA administrators are working with both schools to ensure appropriate guidelines are followed for violent behaviours from student-athletes."

And the superintendent for Carlisle told TMZ: "This is without question an unfortunate incident that is not representative of the school culture that exists in Carlisle Community School District.

"I want to make it clear that this type of conduct is not tolerated at Carlisle CSD. The district will follow the student code of conduct policy and procedures throughout the investigation of this incident and implement appropriate consequences." 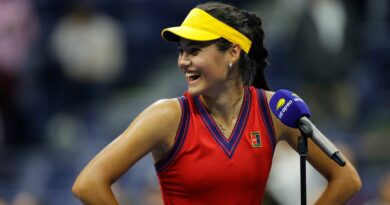 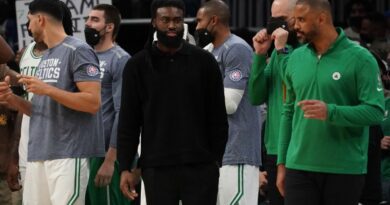 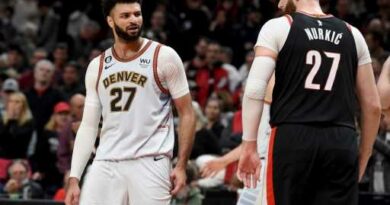