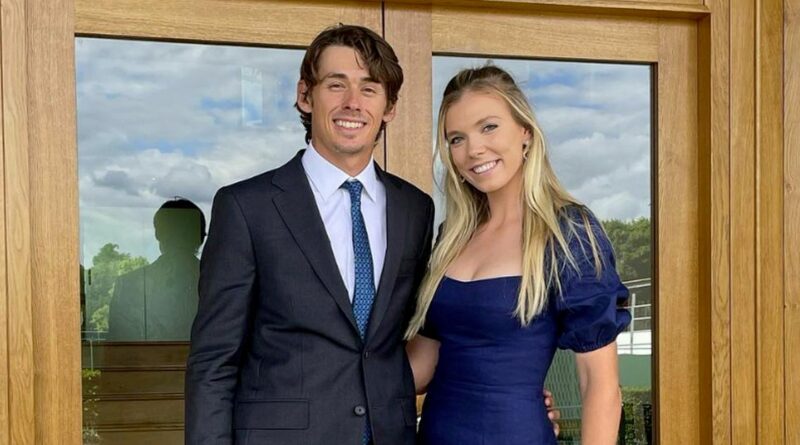 The demands and congested nature of the tennis calendar means that players rarely find the time to concentrate on their love lives.

But considering the players travel around with each other to similar tournaments and have some down time in between their matches, it is not uncommon for those players to begin romances with each other.

Down the years, tennis has played host to some of the most high-profile celebrity relationships, including Andre Agassi and Steffi Graf, Bjorn Borg and Mariana Simionescu and many others. So it is no surprise to see that with more tennis matches than ever – and the ability to effortlessly travel between time zones – tennis players are making a habit of shacking up together.

Daily Star Sport looks at 11 couples who got together on the court and what happened next in their blossoming love stories.

What do Boulter and De Minaur have in common aside the fact the pair are both through to the third round of Wimbledon? The tennis stars are in a relationship together and have been officially dating since March 2021 after confirming their status with an Instagram post.

The loved-up Australian, 23, praised his partner’s win over Karolina Pliskova in her second round match at Wimbledon with a shout-out after his victory over Jack Draper. “Before we talk about my match, can we just talk about Katie Boulter today? I mean, she had a pretty good win herself,” he said.

Boulter, 25, is clearly enamoured with De Minaur, describing herself as a “lucky girl” and said: “He’s someone that I have a lot of admiration for on and off the tennis court. He is the epitome of a fighter and someone that goes out and gives their all every single day. That’s what I aspire to be like.”

Having spent several years playing in the same circles, it is no wonder that two British rising stars in Broady and Silva have reportedly started dating.

While the pair are yet to officially confirm their romance, Broady was spotted in attendance watching 26-year-old Silva’s doubles match with Jodie Burrage against Arianne Hartono and Demi Schuurs. She lost her singles’ qualifier in straight sets against Caroline Harrison, ending her Wimbledon participation early on.

But Broady, 28, is soldiering on after registering one of the shocks of the tournament, knocking out 12th seed Diego Schwartzman in an epic five-setter. He faces De Minaur in round three, and will be hoping Silva is there to cheer him on all the way at SW19.

Tennis’s original ‘It’ couple may have been Steffi Graff and Andre Agassi, but now it’s very much all about the Monfils. Their early relationship was very much a case of Ross and Rachel as Svitolina and Monfils often broke up before getting back together for good in 2020.

The pair have been smitten ever since and Monfils finally popped the question after the pair had been on a four-hour hike. The French entertainer lost his phone reception due to the altitude, meaning he couldn’t find the spot he wanted, and eventually settled on a car park high up in the mountains.

They got married in June last year after a lavish ceremony at the Four Seasons Hotel in Geneva, Switzerland, with Ukrainian No.1 player Svitolina — who has changed her name to Monfils outside of tennis — declaring them “happily married” in an interview before the Australian Open.

Talk about a slow burner, Keys and Fratangelo met nearly a decade ago when he moved to Boca Raton in Florida, the place where Keys had lived since she was 10. They trained at the same tennis facility and became close friends as part of a wider group of pals.

It was no surprise that when Fratangelo moved to Orlando, Keys followed a month later to the same apartment complex and their relationship blossomed. In 2017, they began dating and have been an item ever since.

Fratangelo has always been on Keys’ case to play mixed doubles together, despite his girlfriend’s resistance to the idea. But after finally caving in, the pair played at the US Open last year and Keys admitted she enjoyed it. “He finally wore me down. I was always just saying I was going to be so nervous and I was going to have to try so hard, but he finally said, ‘We’ll just have some fun.’ I’m very happy that we did it.”

In 2019, Berrettini and Tomljanovic announced they had started dating after the Italian made the bold move to ask her out. The pair had been inseparable, even pictured together at the 2021 Met Gala, and said the key to their relationship was understanding the demands of living on the ATP and WTA Tour.

Tomljanovic, the Australian ranked 45th in the world, spoke of her “loyal, caring and funny” boyfriend Berrettini was as recently as January this year. But the pair aren’t likely to be sharing strawberries and Pimms at Wimbledon this year after their recent split was confirmed by the Italian.

In June, the 2021 Wimbledon finalist revealed he and Tomljanovic had gone their separate ways and said he was happy to stay single for a while. "Yeah, I'm single but it's not like something that I am looking for, like, it's not that I'm waking up and have to find love.”

History was made when Van Uytvanck and Minnen announced they had begun dating, becoming tennis’ first openly queer couple. And in 2019, they became the first same-sex couple to play together at Wimbledon, trailblazing a path for other LGBT players in tennis to follow.

After five years together, the duo announced their engagement in December 2020. However, less than a year later, it was reported they had taken a break in their relationship and it officially ended in March this year, despite Minnen being spotted taking in one of her matches at the BNP Paribas Open.

Indeed, it wasn’t long before Belgian player Van Uytvanck showed off her new beau, Emile Vemeiren, while playing at the French Open with a selfie in front of the Eiffel Tower.

Gavrilova has long been involved with Saville after first meeting each other at the age of 15. The two players were both on the junior tennis circuit at the time and have been difficult to separate since then.

Once they got engaged in 2018, Gavrilova — who had played under the Russian flag since 2015 — decided to pursue Australian citizenship, influenced by her Aussie partner Saville. After the pair got hitched in 2021, she changed her tennis name to reflect her husband’s surname.

The pair became the latest in a long line of couples to feature on the same side of the court together at a Grand Slam after pairing up in the Australian Open mixed doubles, but lost in the first round to Alexa Guarachi and Tim Putz.

Italian tennis has never seen a love so pure and it is fair to say Fognini and Pennetta are living the dream. After welcoming their third child, Flaminia, into the world late in 2021, the tennis family is growing at a healthy rate.

After marrying in 2016 in their native Italy, 2006 US Open champion Pennetta decided to call time on her career to focus on having a family. They have since welcomed three children — Federico, Farah and their newborn baby girl — since they have been together. And without a courageous move from Pennetta, their romance may have never materialised.

“It was I who made the first move,” Pennetta said. “We were very close friends, Fabio was too respectful towards me, maybe he was afraid of taking a stake and this is why he never took the initiative. Then one day I asked him to come closer and suddenly I kissed him."

Russian-Armenian player Gasparyan tied the knot with former men’s player Betov in 2021 after deciding to work together as player and coach.

Gasparyan — who reached a highest rank of No.41 — will continue to use her name in tennis but on Instagram changed her title to Margarita Betova to reflect their marriage. And in February, the delighted couple shared news of their pregnancy to welcome their first child.

Gasparyan, who hasn’t played since the French Open last year, has struggled with injuries throughout her career and it remains to be seen whether the 27-year-old will return to the sport.

If Hollywood producers fancied focusing on two tennis players for their next romcom, they might consider Rakitt and Puig as the leading protagonists.

Puig, an Olympic gold medallist at the 2020 games in Tokyo, first showed signs of dating Rakitt – who only played twice in his pro career – in December 2020 when they started commenting on each other’s Instagram posts.

The American player proposed to his Puerto Rican girlfriend at the Lost Dutchman State Park in Arizona in 2021 with a sunset backdrop for good measure. And there was little doubt in Puig’s mind as she posted pictures of the proposal on social media, writing: "He said: ‘Ready to jump?!’ I SAID YES!!!!!#RacketsToRakitts.”

Some couples found the idea of lockdown difficult to compute, but for Siniakova and Machac, it helped trigger the start of their time together.

Sparks started flying during the quarantine period at the start of the 2021 season ahead of the Australian Open. Machac first opened up on his relationship in February, posting a photo of himself and Siniakova sitting at a restaurant with the caption: “My love.”

While Machac’s reputation is still fairly obscure as the 21-year-old is outside the top 150 in the singles rankings, Siniakova is one of the top doubles players in the world and ranks inside the top 50 in the women’s singles. 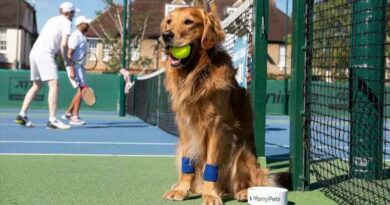