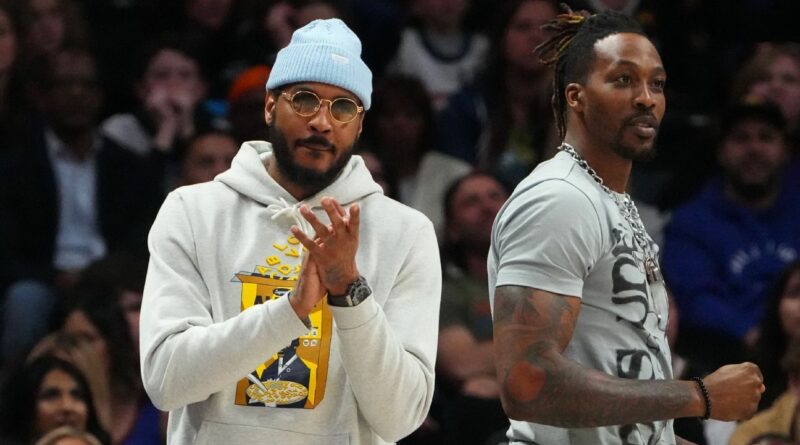 If the theme for the Los Angeles Lakers’ free agency direction last summer was established and familiar, then the profile of L.A.’s signing haul this offseason can best be described as fresh and emerging.

Contrast that to 2021, when nine players the Lakers signed were age 30 or older on veteran-minimum contracts — with six of them having prior experience with the franchise. Not to mention the two additional players in their 30s that L.A. signed to 10-day contracts when COVID-19 compromised the team midseason, one of whom — Isaiah Thomas — was also coming back for a second stint with the purple and gold. It was a flawed approach and a major contributing factor to the Lakers’ struggles, along with Russell Westbrook’s decline, LeBron James and Anthony Davis combining to miss 68 games due to injuries and former coach Frank Vogel’s inability to make the pieces fit.

Outside of Carmelo Anthony’s performance, which should be considered inspired for a 19-year veteran at best and get-what-you-pay-for at worst, the collection of thirty-somethings proved to be unreliable, underwhelming and injury prone.

Now, more than a month into 2022 free agency and with teams around the league all but finished filling out their rosters for the upcoming season, 10 of those 11 veteran players once hand-picked to be the role players to fortify the Lakers’ championship chase are still looking for work.

And the lone player out of that group to latch onto a new team this summer — DeAndre Jordan, who signed for the veteran minimum with the Denver Nuggets — finished last season in Philadelphia after L.A. waived him in March.

Here’s a look at the former Lakers standing in the unemployment line and our front office insider Bobby Marks gives his predictions on where each player could land next season.

What went right in 2021-22: Anthony and James became the first pair of 19-year veterans to be teammates in NBA history. The Lakers went 10-6 when Anthony made four or more 3s in a game. Vogel even credited Anthony for winning L.A. some games on the defensive side of the ball early in the season, when he had two blocks and a steal against Memphis in late October, and four blocks and two steals against Houston a week later. Anthony was also named to the NBA’s 75th Anniversary Team and climbed past Moses Malone from No. 10 to No. 9 on the all-time scoring list.

Best fit this offseason: Anthony can still help the Lakers but there is a clear emphasis on younger players off the bench. New York has two open roster spots and possibly more if a Donovan Mitchell trade occurs. A return to his former team is Anthony’s best option. — Bobby Marks

What went right in 2021-22: There was a late November game in Sacramento when the Lakers, who trailed by double-digits in the first half, came back to win thanks in large part to Howard’s effort after the break, as he finished with 12 points, 13 rebounds, 2 blocks and 2 steals. Generally, when called upon and given more than just spot minutes, Howard put up productive numbers for an 18-year veteran.

What went wrong in 2021-22: From getting in a shoving match during a timeout with Anthony Davis in the second game of the season to being snubbed from the NBA’s 75th Anniversary Team, it never came together in Howard’s third stint with the Lakers. And with Jordan, Davis and James getting the lion’s share of the minutes at center, he never found a consistent role.

Best fit this offseason: On paper, the answer is Brooklyn, but the likelihood is that we see Ben Simmons playing the majority of minutes at center. The Nets also have Nic Claxton and Day’Ron Sharpe in a backup role. Golden State could use Howard but only if James Wiseman occurs a setback and Andre Iguodala retires. The Clippers need size, but because of tax implications, they will likely not carry 15 guaranteed contracts to start the season. — Marks

What went right in 2021-22: Bradley was cut by the Golden State Warriors in training camp and found himself back with the Lakers not long after, getting a chance to reunite with the team after opting out of joining them for the championship run in the 2020 bubble. He turned his non-guaranteed deal into a full-season contract and made 45 starts for L.A.

What went wrong in 2021-22: Bradley was one of several Lakers that entered health and safety protocols in mid-December and L.A. sputtered, going 0-5 in that stretch. The Lakers went 5-1 in the first six games after he was cleared — a testament to his value — but his success was partially a result of being a favorite of Vogel’s, who stuck by him on nights where he struggled offensively when other role players were quick to get the hook.

Best fit this offseason: The likelihood is that Bradley will have to sign a non-guaranteed contract and earn a roster spot during training camp. A team such as the Phoenix Suns could use him in case Cameron Payne struggles but because of their luxury tax situation, it is unlikely they carry 15 players to start the season. His former team, the Boston Celtics, have two open roster spots but are also a tax team. — Marks

What went right in 2021-22: Bazemore started the first 13 games of the Lakers’ season, distinguishing himself in training camp with his two-way instincts, but was out of the rotation entirely after losing his starting role.

What went wrong in 2021-22: Not only did Bazemore become a target for frustrated Lakers fans — in November he went 0-for-15 from 3 over a 10-game stretch and they let him hear about it — he turned down more money from the eventual champion Golden State Warriors to do so.

Best fit this offseason: The Sacramento Kings, but only as a training camp invite. The days of guaranteed contracts are likely over for Bazemore. — Marks

What went right in 2021-22: Augustin signed with L.A. on March 1 after he was waived by Houston and made an immediate impact with his shooting — going 8-for-17 from 3 in his first four games. He also went 7-for-7 (6-for-6 from 3) on March 21 in Cleveland, helping James to a win in his old stomping grounds.

What went wrong in 2021-22: By the time Augustin got to the Lakers, the wheels were already falling off for the team. While he provided outside shooting the team was sorely lacking, he was another player that excelled on one side of the court while struggling defensively. The fact that he was playing catchup on a team that hardly ever practiced didn’t help things either.

Best fit this offseason: Augustin proved in his short stint with the Lakers that he can still provide bench scoring. The team that drafted him, Charlotte, has two open roster spots and no one to backup LaMelo Ball. — Marks

What went right in 2021-22: As advertised, Ellington shot close to 40% from downtown. He finished the season with a flourish, scoring 28 points on a combined 10-for-19 shooting in L.A.’s final two games — both wins — to end on a high note.

What went wrong in 2021-22: Ellington was brought in to be a floor spacer providing a specific offensive role, but with L.A. sinking towards the bottom of the team defensive rankings, Vogel couldn’t keep playing him.

Best fit this offseason: Ellington’s best hope is for New York, Boston or Toronto to have a diminished roster because of a Donovan Mitchell or Kevin Durant trade. If either All-Star are with their current team at the start of camp, it is more than likely that Ellington starts the season out of the NBA. Ellington still has a role in the league because of his shooting but is more likely to come on a 10-day contract or when more roster spots open up close to February’s trade deadline. — Marks

What went right in 2021-22: Nothing in Los Angeles. Once Rondo was traded to Cleveland, he helped a young group make the play-in tournament after Ricky Rubio went down with a season-ending injury.

What went wrong in 2021-22: The Lakers went just 5-13 in the games that Rondo appeared in before he was traded to the Cavs. In that short time, his most notable moment was pointing at a courtside fan who was heckling him while making what appeared to be a gun gesture with his hand. Rondo was involved in a domestic dispute this offseason with a woman with an emergency protective order being issued and later dismissed.

Best fit this offseason: Teams will certainly investigate the alleged domestic violence incident and a suspension is certainly possible despite the charges being dismissed. It is hard seeing Rondo latching on to a team before the regular season, and he is likely to become an emergency point guard if an injury occurs during the season. — Marks

What went right in 2021-22: The first five shots Ariza took in his first two games in mid-December all connected. There wasn’t much to write home about after that.

What went wrong in 2021-22: Ariza missed the first 30 games of the season after undergoing right ankle surgery during training camp. He spent the rest of the season trying to get into game shape with little practice time to do so. He played in just 24 games and was waived with three days remaining in the regular season.

Best fit this offseason: The Miami Heat or Golden State Warriors, but only if Udonis Haslem and Andre Iguodala retire. Both teams are holding a roster spot open for each player. Even if there is interest, it is more than likely that Ariza would have to sign a non-guaranteed contract and earn a spot during training camp. — Marks

What went right in 2021-22: After flirting with coming out of retirement to join the Lakers a couple years ago, Collison made it happen last season, signing a 10-day contract after Isaiah Thomas’ expired.

What went wrong in 2021-22: He played just three games with the Lakers and his most memorable moment might have come when he suffered a jersey malfunction: the nameplate on the back of his uniform began to peel off during the game.

Best fit this offseason: Collison is in the same situation as Rondo, an emergency point guard that is signed in the middle of the season. — Marks

What went right in 2021-22: Thomas scored 19 points in his season debut, a genuine feel-good moment during an otherwise miserable Lakers season. His time with the Lakers led to follow-up deals with Dallas and Charlotte last season.

What went wrong in 2021-22: He lasted four games in L.A. and the Lakers lost all four, including a 1-for-11 showing in a blowout defeat to Phoenix.

Best fit this offseason: How about a reunion with his former team, the Celtics? Boston has two open roster spots but does the addition of Malcolm Brogdon make Thomas expandable? — Marks 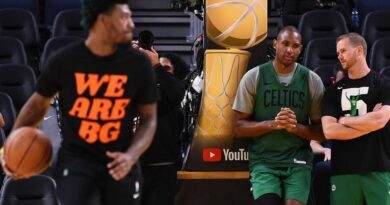 NBA rookies couldn’t prepare for this 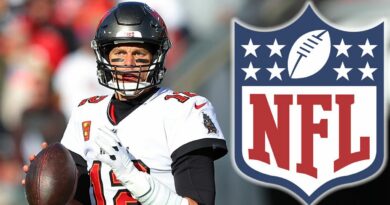