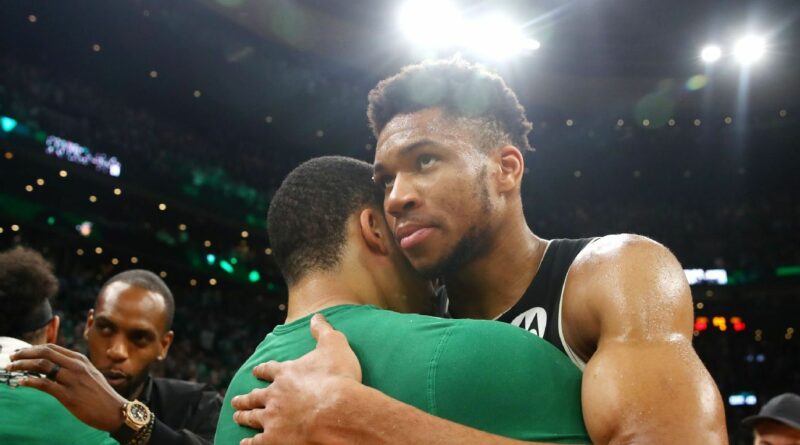 BOSTON — There was a receiving line of Boston Celtics players and coaches waiting to speak to Giannis Antetokounmpo after Game 7 ended Sunday afternoon, each patting the Milwaukee Bucks star on the chest or shoulders.

They were happy to give him respect but mostly eager to say goodbye.

When the Celtics arrive in Miami on Monday to start the Eastern Conference finals, they might as well have bumper stickers on their luggage: “We survived Giannis.”

Already with a dazzling postseason résumé, the performance Antetokounmpo put forth in this second-round series was still one for the ages. And that is what’s perhaps most impressive — that the Celtics withstood it.

Boston’s 109-81 Game 7 victory over the Bucks was an unfitting end to a hotly contested two weeks, with the road team winning four times and the balance of power constantly shifting.

“Giannis is the best player in the world. You can see why a lot of people say that,” Celtics guard Jaylen Brown said. “He’s just relentless in his approach. He is aggressive all the time. He’s not going to be denied. And that was tough for us in the series.”

Antetokounmpo finished the semifinals with back-to-back 20-point, 20-rebound games. He had 44 points and 20 rebounds in Game 6, and 25 points and 20 rebounds with 9 assists in Game 7. And they were both losses. Antetokounmpo joined Bill Russell and Wilt Chamberlain as the only players to lose consecutive postseason games with a 20-20, according to ESPN Stats & Information research.

After Antetokounmpo crushed them with passing in Game 1, the Celtics elected to change course, letting him get his own numbers — while still routinely swarming him in the paint — and concentrating on his supporting cast.

And Khris Middleton — Antetokounmpo’s All-Star teammate, shot creator and clutch scorer — missed the entire series because of a knee injury suffered in the first round. At one point in the series there was some hope Middleton could have returned and been a late-series surprise. But after he started light on-court work last week, sources said, it became clear he wouldn’t have been able, or even able to return at the start of the conference finals had Milwaukee advanced.

As the Bucks headed off to their last team flight of the season, a few members of their traveling party whispered of some who didn’t give the team full credit for its championship last season because of a number of injuries to other teams during the playoffs — and that those skeptics ought to remember the Bucks lost this one without their second star.

The bottom line: The Bucks went 11-of-62 on 3-pointers over the last two games, while the Celtics went 55-of-98. In Game 7, it was outrageous; the Bucks made 1-of-23 over the last three quarters, and the Celtics set a franchise record by making 22 total. That is an unsurvivable ratio under any circumstance.

Contrast that readout to this — Antetokounmpo was the first player to:

“It’s one of the toughest things to do, find that balance,” Celtics coach Ime Udoka said. “Let the [superstar] get going to let them open things up [for teammates]. We decided to trust our guys.”

In truth, it was an accomplishment for the Bucks to reach Game 7. Then on Sunday, the strategy to leave Grant Williams mostly uncovered and to protect the paint backfired as he had the best game of his career, hitting seven 3-pointers en route to 27 points.

Knowing this, Antetokounmpo was at peace. Which is easier when you already have two MVPs, a Finals MVP, a Larry O’Brien trophy and a $250 million contract.

“I enjoyed this series,” Antetokounmpo said with no hint of stress. “Wasn’t able to win. I wish we were the team that would play on Tuesday, but we’re not. … At the end of the day, when somebody beats you, you’ve got to respect it.” 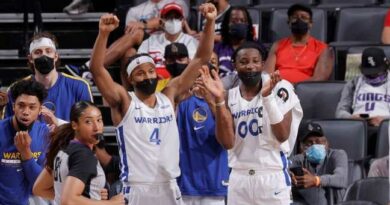 30 teams, 30 players you need to know for NBA summer league 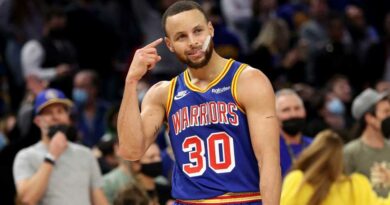