Two of the biggest stars in hip-hop battled on Thursday night at Magic City in Atlanta to kick off Season 2 of “Verzuz.” With beef, controversy and drama filling the air, social media was ready to see potential fireworks as Jeezy and Gucci Mane squared off in the latest showdown of the online series that started in March when producers Timbaland and Swizz Beatz dueled on Instagram.

Celebrities and sports superstars took to Twitter to share their excitement and commentary on one of the biggest hip-hop moments of 2020.

The pregame hype about the Gucci-Jeezy battle

Before the event began, players from across pro sports shared their excitement about the battle between the two iconic Atlanta rappers and debated who might win.

LeBron James was so ready for the rap battle he joked about dusting off a mid-2000s outfit in honor of when the two rappers first garnered national attention, much to the enjoyment of the reigning Rookie of the Year.

During the battle, both rappers threw shade at one another, while spotlighting some of the best songs in their discography.

Who won it all?

Twenty-five tracks, a joint performance of “So Icy” and 5.5 million Instagram viewers later, both artists paid respect to each other and celebrated the moment. For the sports and entertainment world, the debate was on as to who actually won the battle. 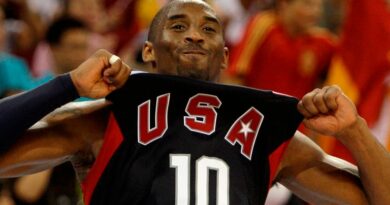