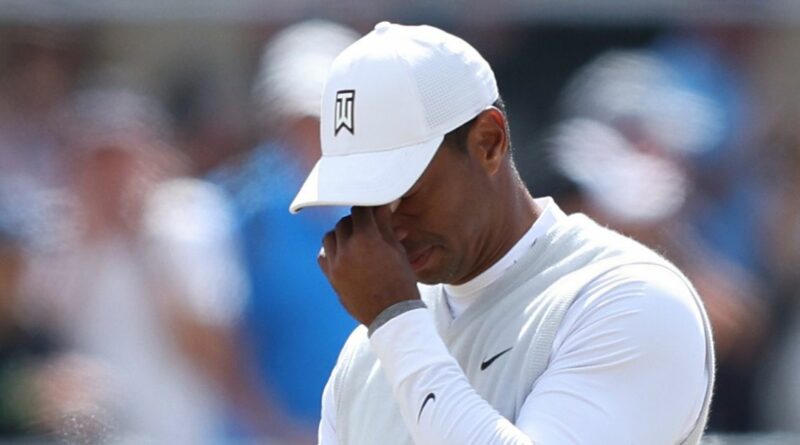 Golf legend Tiger Woods broke down in tears on the 18th hole as he walked down the fairway at St Andrews on Friday.

Woods was competing at The Open, and he admitted he might not be "physically able to play" when the famous tournament is next at St Andrews in 2030. And Woods was seen in tears as he completed his tournament.

Woods was visibly emotional as he made his way down the fairway at St Andrews one last time. He told Sky Sports, after completing his round at The Open: "It was very emotional for me.

READ MORE: LIV Golf rebels 'banded together' by sheer amount of criticism they are receiving

"This might have been my last here at St Andrews. The warmth [from the fans] was an unbelievable feeling. The collective warmth and understanding – they understand what it takes to be a champion here.

"I've been fortunate to have won twice here. I just felt very emotional as I don't know what my health will be like [when Open next at St Andrews]. I don't know if I will still be playing."

What do you think of Tiger Woods' Open performance? Let us know in the comments section

The American almost lost his leg in a horrific car crash in February 2021 and the former World No.1 feared he would never walk again after the accident.

However, Woods has since returned to the sport Woods posted a +6 round of 78 yesterday, followed by a +3 round of 75 today. As a result, Woods hasn't made the cut for the weekend.

Yes, the Celtics are off to a sluggish start, but they have all the pieces to get it right