Tiger Woods, 46, has been the face of golf for years, with millions of fans and a legacy within the sport that is unrivalled.

His success off the green is just as impressive, as the June 10 report by Forbes has confirmed his net worth has tipped over into the billions.

This staggering fortune makes him one of the richest sport’s stars of all time and its all thanks to his personal brand.

To outsiders looking into the world of golf, Tiger is perhaps the only recognisable thing.

He has transcended the sport and become an international icon in his own right across the sporting world and entertainment.

What is Tiger Wood’s net worth? According to Forbes June 10 report, Tiger earned a gross total of $1.7 (£1.44) billion before taxes and agent fees over the course of his storied 27-year-long career.

He is the third athlete to reach the billionaire’s club, following in the footsteps of NBA icons Michael Jordan and LeBron James, respectively.

Shockingly, less than 10% of his net worth actually comes from golf, with the vast bulk of his fortune is thanks to brand deals.

How did Tiger Woods become a billionaire? Even though less than 10% of his money comes from golf, he still earned an impressive amount from it.

However, it is endorsements with brands such as Gatorade, Rolex, Nike and Monster Energy that has brought in the vast amount of his wealth.

According to the Forbes report, be actually turned down a “high nine digits” deal to play on the new Saudi-backed golf tour.

Sports business consultant and Columbia University lecturer Joe Favorito told Forbes: “He hit the right time in the right sport, being an athlete with a diverse background who was approachable.

“Brands love knowing they’re getting someone who is embraced not just by the traditional but also by the casual fans.”

Tiger has also made a series of key investments such as clubs and resorts group NEXUS Luxury Collection. 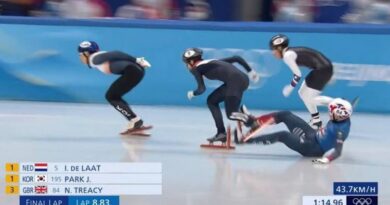