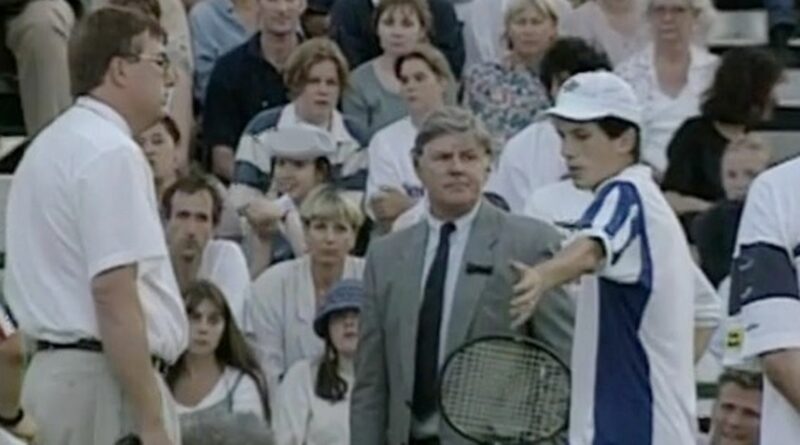 British tennis legend Tim Henman was once disqualified from Wimbledon after he hit a ball girl with the ball after losing a point.

It was one of Henman's first outings at SW19, still at the tender of 20, as he paired up with doubles partner Jeremy Bates in 1995. The pair were involved in an entertaining first-round matchup – but Henman let his emotions get the better of him in the fourth set.

Henman took a ball from his pocket and volleyed it – but the ball accidentally hit the young ball girl in the ear. The girl burst into tears as the crowd watched in stunned silence.

The Brit argued his innocence to the umpire, but the decision had been made.

And as a result of the unsavoury incident, Henman, and his partner Bates, became the first people of the Open era to be defaulted from a tournament. Henman said after: “I was not happy at losing the point and was angry.

"I went to hit the ball hard. I’d looked to see if the lines-people were out of the way. It’s a complete accident, but I’m responsible for my actions."

Do you remember Tim Henman being disqualified from Wimbledon? Let us know in the comments section below

However, all is well that ends well, and the next day Henman presented the distressed youngster with a bouquet of flowers and posed for snaps with her.

Henman has since had a hill named after him in SW19 – Henman Hill – following his exploits in the competition. He reached the semi-finals on four occasions before retiring in 2007.

He is now a well-respected pundit alongside the likes of John McEnroe and Andrew Castle on the BBC.

The 76ers reset their defense to steal home court from Raptors