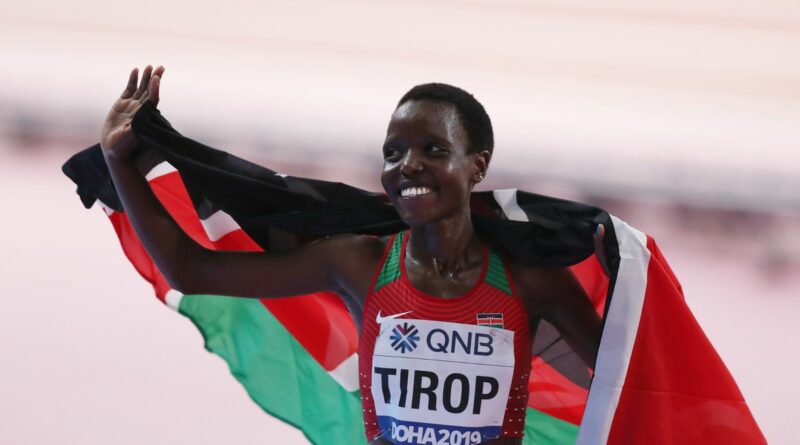 Tokyo Olympics star Agnes Jebet Tirop has been found dead at her home with a stab wound to her abdomen.

The 25-year-old was discovered at her home in Iten, Elgeyo Marakwet County on Wednesday, the chair of Athletics Kenya for the Nairobi Region, Barnaba Kori, has confirmed.

Tirop finished fourth in the women's 5,000m event at this summer's Olympic Games in Tokyo and broke the women's 10,000m road race world record at an event in Germany just last month.

The two-time World Championships bronze medallist has passed away less than a fortnight before her 26th birthday. Tirop had made history in September at the Adizero Road To Records athletics event in Germany when she broke the women's 10,000m road race world record.

She shaved 28 seconds off of Moroccan athlete Asmae Leghzaoui's time from 2002 as she finished with a time of 30:01.

Speaking after the race, Tirop had said: “I’m so happy to have broken the world record. I felt the pace was good. The course was very good, too.”

The Kenyan runner had previously finished as the second youngest medallist at the 2015 IAAF World Cross Country Championships in China when she was just 19.

She was also a two-time 10,000m bronze medallist at the World Championships after finishing third in London in 2017 and in Doha in 2019.

Tributes poured in on social media following the news of her death, with journalist Usher Komugisha taking to Twitter to pay her respects.

“HEARTBREAKING! Kenyan athlete Agnes Jebet “Tirop, who represented Kenya at the Tokyo 2020 Olympics in the 5000m, has been found dead in her house with stab wounds to her abdomen," wrote Komugisha.

“She was just 10 days away from her 26th birthday. Rest in peace Queen!”

One fan also shared their dismay at the news as they tweeted: “Heartbreaking to lose such an amazing talent in Athletics under weird circumstances. Kenya has lost big! Rest well 2015 World Cross Country Champion Agnes Tirop.”

This is Jayson Tatum’s chance to cement his superstar transformation