Tom Brady and LeBron James are two pinnacles of American sport, sweeping up a plethora of awards in the NFL and NBA.

The New England Patriots quarterback has been called one of, if not, the best players to play the sport.

While James is often regarded as the best basketball player of all time, over the likes of Michael Jordan and Magic Johnson.

But with Brady at 42 and James at 34, the duo are in the latter years of their glistening careers.

The small forward said: “Me and Tom Brady are one on the same. We are going to play until we can’t walk no more.”

Fans have been drooling over the pair, taking to social media to express their adulation.

“Born and Brady spreading this goat energy on the TL,” one said.

Who is the better US sportsman?

And this fan said: “LeBron I wanna thank you so much for spreading positivity.”

Brady has entered his 20th NFL season while James started his 17th this year.

Earlier this year in August, Brady said he had no plans to retire.

"I love this sport. I've loved playing it since I was a kid. It's hard for me to imagine doing anything else in life. 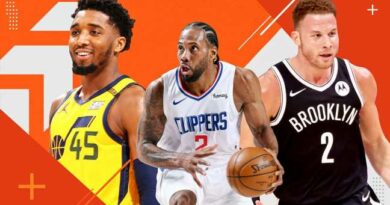