INDIANAPOLIS — Timberwolves center Karl-Anthony Towns, back in the starting lineup after missing 15 games because of a sprained left knee, had a team-high 27 points Friday night, but Minnesota lost 116-114 to the Indiana Pacers.

Coach Ryan Saunders, who told reporters before the game that the Timberwolves would cap Towns’ minutes and closely monitor his fatigue level, limited the two-time All-Star to 28 minutes on the floor.

Towns wound up 9-of-21 from the field with three 3-pointers.

“He hasn’t played for a while, so you have to take all those things into account,” Saunders said before the game. “You always want to have a full complement of players, and when you have a guy who is as productive as KAT is, you always want that guy out there.”

Towns averages 26.5 points and 11.4 rebounds and shoots 50.9% from the field, all team highs. He also averages 4.3 assists, the highest among players on the current roster following Thursday’s trade, which sent Jeff Teague to Atlanta.

The Timberwolves were without guard Allen Crabbe, whom they reacquired from Atlanta. Saunders said Crabbe was expected to join the team Saturday in Minneapolis.

NBA Finals 2020: Why is Jimmy Butler so hard for the Lakers to handle? 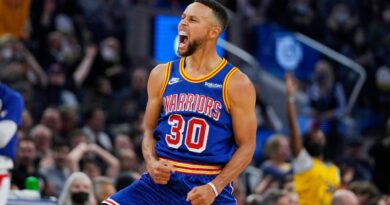 Warriors in awe as Curry buries Clippers with 45