Home » NBA » US Open star has net worth bigger than Federer, Sharapova and Williams combined 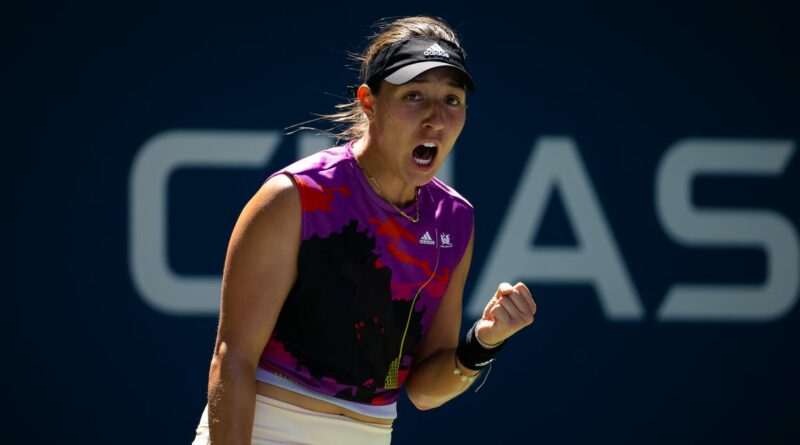 Jessica Pegula could win her first Grand Slam title at the US Open this month, but the £2.2million prize money on offer doesn't even begin to touch the sides of the American's enormous net worth.

Pegula is one of the game's hottest talents. She is ranked no.8 in the world by the WTA and made the quarter-finals of the Australian Open and the French Open earlier this year. But she could hang up her racquet right now and not have to worry about a single thing for the rest of her life thanks to her family's incredible £5.8billion net worth.

In fact, the 28-year-old star is so rich that she is worth more than tennis legends Roger Federer, Maria Sharpova and Serena Williams combined, despite the fact she has not enjoyed anywhere near their level of success.

According to Celebrity Net Worth, 20-time Grand Slam champion Federer is worth a cool £477million. Not bad by any stretch, but still some £5.3billion short of Pegula.

Retired tennis legend Sharapova is estimated to be worth around £156million, while newly-retired Williams has a reported net worth of £217million – a figure that is only likely to increase in the coming years.

Who do you think will win the US Open? Let us know in the comments section below.

Add them all together and the three tennis icons have a total net worth of £850million, the bulk of which comes from Federer. But even with all of their riches combined, they still fall almost £5billion short of Pegula, whose insane net worth is thanks to the bravado of her father, Terence.

The 71-year-old is the 345th richest person in the world with a total net worth of £5.8billion. Terry made his billions from natural gas development and is now the proud owner of a host of sports teams, including NFL's Buffalo Bills and NHL side Buffalo Sabres.

In order to acquire the Bills, Terry had to outbid Donald Trump and Bon Jovi, which is not bad company to keep as a billionaire (well, Bon Jovi at least).

The family's interests extend beyond sport, too. They are also the proud owners of a £14million superyacht called 'Top Five II', which has six cabins capable of housing 12 guests. The Pegula family also owns a stunning £2.5million gated mansion in Florida.

Despite her dad's enormous wealth, Pegula, 28, has managed to stay focused on tennis to become one of the game's leading players, and she could now land her maiden major title at the US Open this month.

Previously, she told Wide World of Sport about how she has learned to embrace her background and have fun with it. "When I was younger, it was more like I wanted to make a name for myself and then I realised as I got older, I should embrace the whole family aspect of it instead," she said.

"It was almost hurting me in a way because it wasn't going to go away and I learned to embrace that, kind of have fun with it. Tennis is my thing, it's my job, it's my career. It's very separate and my parents don't really have any say right now in anything I do on the court."

Nevertheless, her parents will be cheering her on at Flushing Meadows as she bids to make it beyond the third round of the US Open for the very first time.