Usain Bolt has announced he and his partner, Kasi Bennett, will be having a baby girl.

It comes after the Jamaican threw a gender party and the couple were not afraid to shout it to the rooftops.

The announcement came on Monday after a get-together in Kingston, Jamaica.

The shindig included fireworks and a celebrity guest list and Bolt said in a video on social media: "I just did the reveal and I'm a girl dad."

He then sent a warning to any future boyfriends, saying: "Any man, any boy, don't play with me!

The couple revealed that they are expecting a child in January after breaking the news. Fireworks were let off during an elaborate gender reveal as the countdown reached zero.

The 33-year-old has been with his partner for six years, with the 100m world record holder keeping the relationship away from the media.

"Because I know when it gets out there's going to be a lot of things to say, and I told her she can't handle it.

"Because I've been through the media. I understand how you guys are – especially the British media."

In the same year, the athletics legend mentioned that he was keen on having three children.

He said: “We just got really serious, we are taking it one step at a time.

“I definitely want a family, though. For me, over the years, I've waited because I want to make sure it's the right person.

“I’ve always said I want three kids. The other day I hung out with my buddy who has three kids and it was crazy.

Bolt holds the record for completing the 100m in the fastest time ever, recording a time of 9.58 seconds in Berlin in 2009.

The Jamaican also attempted his dream of becoming a professional footballer after scoring twice for Australian side Central Coast Mariners but left months after, abandoning his career as a result. 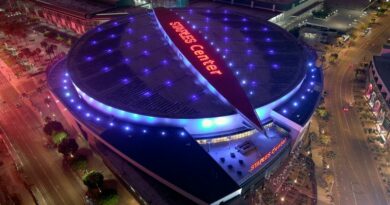 Butler: ‘All going to fall into place’ with 76ers