Vanessa Bryant, the widow of legendary NBA legend Kobe Bryant, has posted a message in support of the Los Angeles Lakers ahead of Game 5 of the NBA Finals. The Lakers will wear their ‘Black Mamba’ jerseys against the Miami Heat in Orlando on Friday night.

The Lakers have the chance to win their 17th NBA Championship on Friday night.

They face off against the Miami Heat in the Orlando Bubble in Game 5 of the NBA Finals, taking a 3-1 lead into the game.

A win will make the Lakers the joint-most successful franchise in history, as they will go level with the Boston Celtics in terms of titles won.

LeBron James also has the chance to make history by winning his fourth title, which would be his third with different teams – he won twice with Miami and once with the Cleveland Cavaliers. 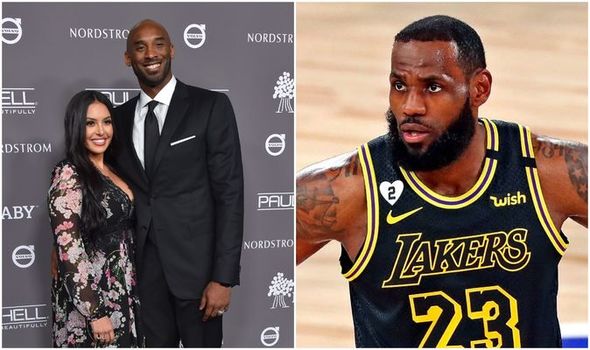 For many Lakers fans, however, a win would be extra special considering the tragic death of Bryant earlier in the year.

The sporting world was rocked by news that the 42-year-old icon had been killed in a helicopter crash, along with his daughter, Gianna, and seven others on January 26th.

Bryant played the entirety of his career with the Lakers, winning them five championships – including an incredible ‘three-peat’.

After his death, the Lakers revealed a commemorative ‘Black Mamba’ jersey to be used as an alternative uniform in memory of the all-time great.

The jersey references Bryant’s nickname, and features the number two – Gianna’s high school basketball number – in a heart above the Nike logo.

The Lakers are currently undefeated in the ‘NBA Bubble’ while wearing the jerseys, and Vanessa gave her support to the team’s decision to wear the jerseys on Friday.

She posted an image of James, Anthony Davis and Rajon Rondo wearing the jerseys with the caption “Mamba and Mambacita jerseys approved for Game 5. Let’s Go Lakers”.

James channelled Bryant last week after the Lakers took the lead in the series, insisting the series wasn’t won yet. 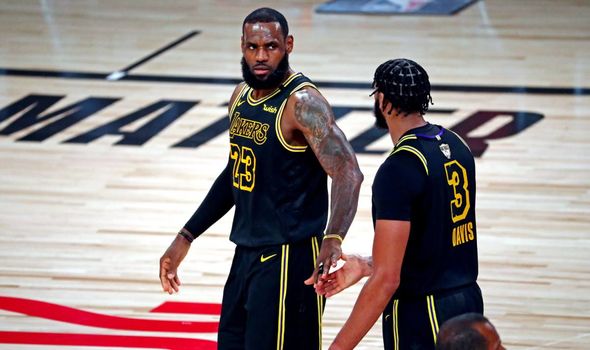 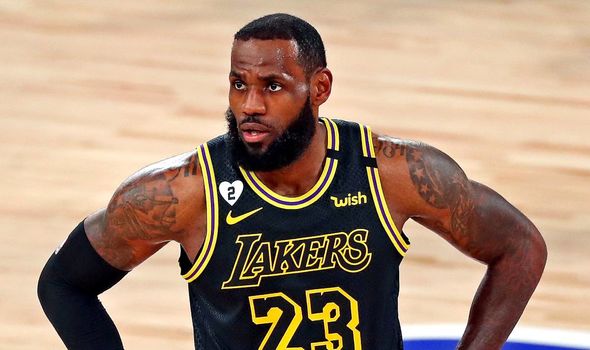 Back in 2009 when the Lakers were leading 2-0 in the Finals over the Orlando Magic, Bryant was asked why he seemed solumn in a post-game press conference.

The forward replied bluntly: “What’s there to be happy about? The job’s not finished. Is the job finished? I don’t think so.”

And after inspiring the Lakers to a win over the Heat last week to go 1-0 up in the series, James said the same thing in a post-game interview.

He said: “We’ve got so much more work to do. The job is not done. We’re not satisfied with winning one game, it’s that simple.”

PGA Championship prize money: How much is Brooks Koepka set to earn from golf major?