There has been plenty of drama surrounding the Golden State Warriors over the past few weeks. Kevin Durant and Draymond Green got in an argument both on the court and in the locker room after they lost to the Clippers, which resulted in a lengthy dissection of both their relationship and Durant’s future with the team. Meanwhile, Steph Curry has been out injured, and recently got into a car accident that he luckily escaped from unscathed.

Through all of that, one of the most steadfast Warriors has been flying under the radar. But no longer. In a new interview, Andre Iguodala announced his plans for the rest of his NBA career, saying “I’m going to be done soon.” Whether it’s with the Warriors or elsewhere, Iguodala says the most he’ll play is three more seasons. Via NBC Sports Bay Area:

“I’m going to be done soon,” he told NBC Sports Bay Area this week. “I could probably play a legit five more years, but I’ll probably max out at three more after this year – maybe three more.

“But if I’m not here, that will weigh heavily on what I will do. I possibly have another year here – if we win. That’s it. I know that. I’m fine with it.”

One of the smartest players in the league, Iguodala also had some interesting quotes about getting older in the league, and the blurring of perception and reality when it comes to judging the usefulness of a player.

“Perception can become reality for people in the position of filing out rosters, like GMs,” Iguodala said. “Sometimes, perception is their reality, even when it’s wrong. It could mess up someone’s perception of you, what they think of you as a player. They say, ‘Oh, he is done.’ That is really hard. I don’t really worry about it.

“But at the same time, it is a thing. I know it’s out there. But at this point, I know I’m still pretty good. I really believe that. But if people don’t know that, I’ll just be like, ‘OK, I’m done playing.'”

In general, this isn’t all that surprising. Iguodala will turn 35 this season, so every knew his career was going to come to an end some time in the next few seasons. No one was under the impression that he was going to keep playing for another seven to eight years or anything.

What is interesting, though, are his comments about his future with the Warriors. Iguodala is signed with Golden State through the 2019-20 season, but he seems to imply that there’s at least a possibility he isn’t on the team next season. With a trade unlikely, could he be hinting that this will in fact be his final season? He did joke about that during the preseason.

In any case, it will be interesting to see what Iguodala’s future holds in the league. Meanwhile, he and the Warriors will be in action on Thursday night when they meet the Raptors in Toronto (8 p.m. ET — Watch on fuboTV with NBA League Pass extension). A win will make it four straight for the back-to-back defending champs, but it won’t come easy against the East’s first-place team. 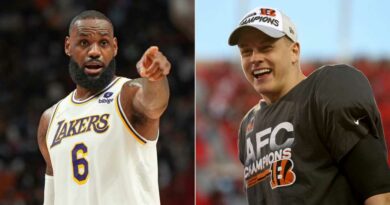