Home » NBA » Warriors vs. Knicks highlights: DeMarcus Cousins ejected from game despite being inactive and in street clothes

DeMarcus Cousins was ejected from a game that he wasn’t even playing in.

The enigmatic center, who has been on the end of many ejections and technical fouls throughout his NBA career, was thrown out of Madison Square Garden from the bench while wearing street clothes. The All-Star center was assessed a technical and immediately thrown out of the Golden State Warriors’ game versus the New York Knicks on Friday for arguing with referee Scott Foster.

Cousins has been assessed 118 technicals and has been ejected from a game 13 times during his eight-year career. There’s never been a single time where he was thrown out while wearing street clothes.

The All-Star big man is currently recovering from an Achilles tendon injury and he should soon be cleared to participate in team activities. However, he has yet to make his team debut, meaning that this ejection will go down as his first-ever statistic as a member of the Warriors.

That’s certainly one way to make an impression with your new team. 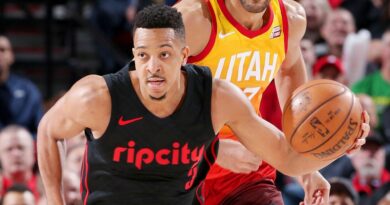 The 76ers reset their defense to steal home court from Raptors 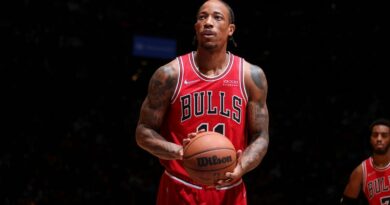