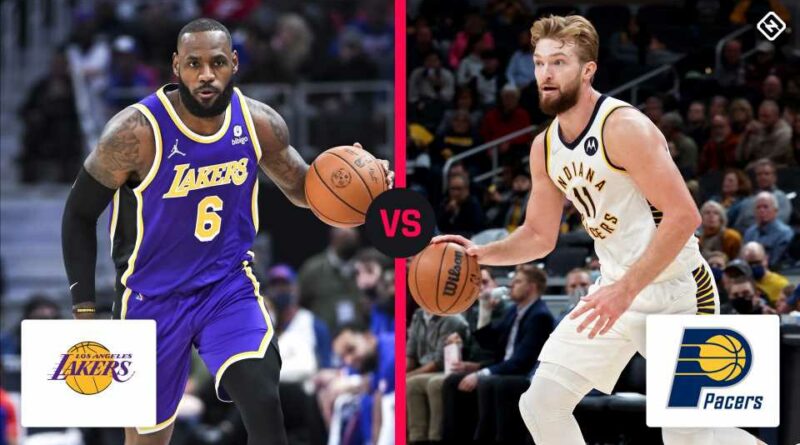 The Lakers’ five-game Eastern Conference road trip comes to an end on Wednesday night when they visit the Pacers.

Los Angeles’ trip has not been short of storylines, as it dropped the first two games, including a visit to the Celtics in which LeBron James returned to the floor after missing over two weeks of action.

The Lakers responded with a come-from-behind victory over the Pistons in the third game of the trip, but a second-half incident between James and Pistons big man Isaiah Stewart dominated postgame discussions, with James getting suspended for the Lakers’ Tuesday night game in New York.

After a six-point loss to the Knicks that drew the ire of Russell Westbrook, the Lakers look to end the trip on the right note with LeBron back in the lineup.

The Pacers, who are off to an 8-11 start to the season, enter the night riding the momentum of a 32-point road victory over the Bulls Monday night in which Domantas Sabonis led the way with 21 points, 11 rebounds and four assists.

Indiana has experienced plenty of ups and downs this season but has taken care of home, posting a 5-2 record at the recently-renamed Gainbridge Fieldhouse.

Sabonis has been magnificent at home, posting averages of 18.9 points, 11.6 rebounds and 4.4 assists while shooting 57.0 percent from the field. In addition to Sabonis, Los Angeles could have its hands full with Indiana’s backcourt duo of Malcolm Brogdon and Caris LeVert.

Can the Lakers end their trip with a win? Or will the Pacers continue their impressive play on their home floor?

What channel is Lakers vs. Pacers on?

Outside of the respective regional markets of the Lakers and Pacers, this game is available to broadcast and stream globally on NBA League Pass.

What time does Lakers vs. Pacers start?

Lakers vs. Pacers is scheduled to start at 7:00 p.m. ET on Wednesday, Nov. 24. The game will be played at Gainbridge Fieldhouse in Indianapolis.

How the reintroduction of CP3 altered OKC’s roadmap

Ja Morant's cross-jab – how'd he do that?