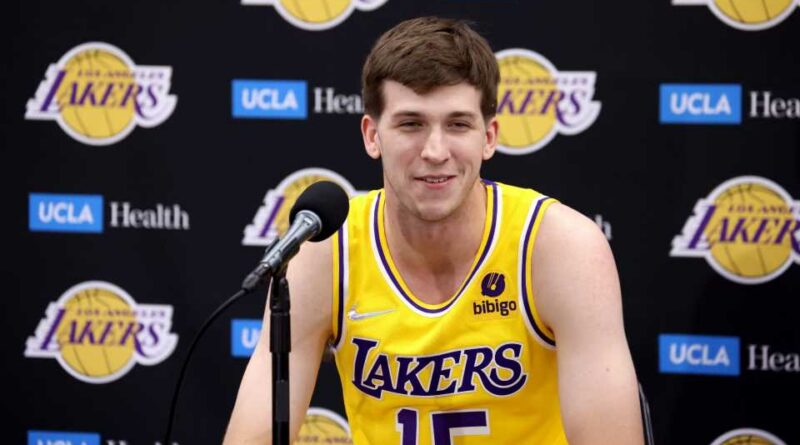 You’re sitting on the couch watching one of the Lakers’ league-high 42 national TV appearances when late in the fourth quarter you suddenly start wondering, “who is No. 15 and why does he seem so familiar?”

For the uninitiated, former Lakers guard Alex Caruso was previously memed for receiving “honorary to-go plate” on the team as a scrappy player his teammates loved. Now, another Los Angeles player holds that honor.

Austin Reaves, who was signed by the Lakers after being unselected in the 2021 NBA Draft, has carved a role similar to Caruso through the team’s first 10 games. He averages 5.9 points, 2.1 rebounds and 1.0 assists in 20.7 minutes per game, and Los Angeles coach Frank Vogel has called his impact “outstanding” on both sides of the ball.

“Teams think that they can target him, but he really moves his feet well, puts his body in front of the ball, and plays with toughness and scraps in loose-ball situations,” Vogel told Silver Screen and Roll. “He just plays a scrappy brand (of basketball), and offensively, the poise that he plays with offensively is very surprising for a rookie.”

As of Nov. 8, Reaves’ Net rating is the best of any Laker at plus-8.4. Meanwhile, no Laker pairing had a better Net rating than Reaves and superstar forward LeBron James, who is currently out due to an abdominal injury.

Reaves’ impact could continue to play a role in the Lakers’ quest for their second NBA title in three seasons. Who is Reaves exactly, and what is his background as a player?

Who is Austin Reaves?

After a four-year college career that included stints at Wichita State and Oklahoma, Reaves went unselected in the 2021 NBA Draft, eventually signing a two-way contract with the Lakers on Aug. 3, 2021.

Reaves later excelled in the Lakers’ summer league stint in Las Vegas, averaging the second-most points (11.4), and most rebounds (6.2), assists (3.2) and steals (3.2) on the team in 22.2 minutes per game. He earned a standard contract with the Lakers on Sept. 27 and made his NBA debut on Oct. 22, scoring eight points on 3-of-4 shooting.

“He has done enough to earn my trust,” Vogel said during the Lakers’ preseason. “I can say that much. I feel good about everything he does out there. He really competes and knows where to be on a defensive end.”

After spending his first two seasons with the Shockers, Reaves transferred to Oklahoma for his final two collegiate seasons in 2019-20 and 2020-21, respectively. In his first season, he was named to the Big 12 All-Newcomer team after averaging 14.7 points, 5.3 rebounds and 3.0 assists per game for a team that went 19-12.

Reaves was previously unranked out of Cedar Ridge High School in Newark, Arkansas, where he led the Timberwolves to three state titles. As a senior, he averaged 32.5 points, 8.8 rebounds and 5.1 assists per game and was named MVP of the Class 3A state tournament after averaging 43.3 points through four games.

Both of Reaves’ parents, Nicole and Brian, played basketball for Arkansas State, while his brother, Spencer, played college basketball for North Greenville and Central Missouri. His mother averaged 21.3 points per game and earned all-conference honors as a senior, while his father tied for third in program history with 384 career assists. 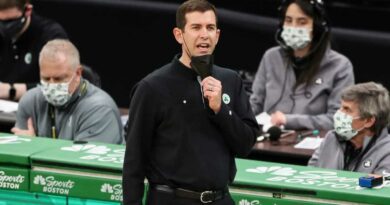 NBA rumors: Celtics’ Brad Stevens ‘is going to be back’ despite disappointing season

Opinion: Warriors’ Kevin Durant buckling up for his longest year after Achilles injury