Home » NBA » Who is Joe Mazzulla? His journey to the NBA and what lies ahead for Boston 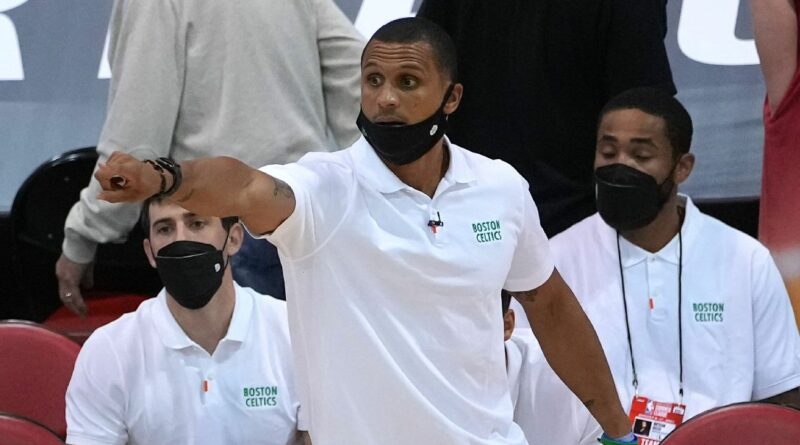 The Boston Celtics will have an interim head coach on the sidelines this upcoming NBA season, and everyone outside of the Northeast may be wondering:

Exactly who is Joe Mazzulla?

In the wake of Celtics coach Ime Udoka being suspended for the entire 2022-23 season for having an intimate relationship with a female member of the franchise’s staff, Mazzulla has been elevated from assistant to interim head coach of the defending Eastern Conference champions.

The move continues a meteoric rise for Mazzulla within basketball coaching circles. In three years, he has gone from coaching in Division II to the helm of a team projected to have the most wins in the NBA this season, according to Caesars Sportsbook.

Mazzulla, 34, is the youngest head coach to take over a team that reached the NBA Finals the prior season since Lawrence Frank in 2003-04, per ESPN Stats & Information research. (That year, Frank took over midseason when the New Jersey Nets — who had made the Finals the prior two seasons — fired head coach Byron Scott.)

He is also the youngest to be in that position to start a season since late Celtics legend Bill Russell, who became player-coach of the franchise in 1966-67 at 32 years old.

Mazzulla and Utah Jazz coach Will Hardy — who was Udoka’s lead assistant last season, before being hired in the summer by former Celtics president of basketball operations Danny Ainge to replace Quin Snyder — are now tied for the distinction of being the youngest head coach in the NBA.

The two of them, however, couldn’t have different expectations coming into the season. Shortly after hiring Hardy, Ainge traded away Rudy Gobert and then Donovan Mitchell, sending the Jazz into a full-on rebuild as a result.

Mazzulla, meanwhile, takes over a championship contender coming off a magical run to the Finals — and does so with only two years of head-coaching experience (at a small college) under his belt.

Here’s a look at the young coach’s past experience, along with the task ahead of him this season:

Mazzulla’s road to the NBA

Mazzulla made his name playing 145 games for West Virginia from 2006 to 2011, first for John Beilein and then Bob Huggins.

He was arrested twice while at West Virginia. Once, in 2008, for underage drinking and aggravated assault, a case in which he pled guilty and paid a fine, and then in 2009 for domestic battery after an incident at a bar, a case that was settled out of court.

After college, Mazzulla spent five years as an assistant coach in the Division II ranks — with Glenville State from 2011 to 2013, and Fairmont State, located roughly 20 miles southwest of Morgantown, West Virginia, from 2013 to 2016.

The Celtics had been high on Mazzulla — who is from Warwick, Rhode Island — for some time. They initially brought him into the NBA’s orbit in 2016, when they hired him as an assistant for the G League’s Maine Red Claws. Two years later, then-Celtics head coach Brad Stevens hired Mazzulla.

Following his one season in the G League, Mazzulla returned to Fairmont State as its head coach in 2017, going a combined 43-17 across two seasons before coming to the Celtics in 2019.

When Udoka came aboard in June 2021, Mazzulla remained on the Celtics’ staff.

“He was a guy that there was a consensus, yes,” Udoka said the day before Game 6 of the NBA Finals in June. “Somebody that [the players] all worked with closely, believed in and understood his upside.”

Per ESPN’s Adrian Wojnarowski, Mazzulla was a finalist for the Jazz head-coaching job this summer — a position that ultimately went to Hardy, Udoka’s top assistant last season. (The Jazz wanted Mazzulla to join Hardy as an assistant, but the Celtics kept him in Boston.)

“I love Joe,” Jayson Tatum said of Mazzulla before Game 6 of the Finals. “You could tell how passionate [he is] about the guys and his craft. He’s gotten so much more knowledgeable, more detailed, just vocal. More comfortable in his role as a coach. You’ve seen growth from his first year.”

What lies ahead for Mazzulla and the Celtics?

It is impossible to know how Mazzulla will approach the job. But while people will immediately think about what Udoka’s suspension will mean from an in-game perspective, it is behind the scenes, and in the locker room, where his absence could be felt the most.

From the moment Udoka arrived in Boston last summer, he made a point of challenging the team’s best players, All-Stars Jayson Tatum and Jaylen Brown, to improve. Udoka pushed the duo to become better playmakers and creators for others, and he wasn’t afraid to say publicly how he felt about the team’s play.

“It’s a lack of mental toughness to fight through those adverse times,” Udoka said after Boston blew a 25-point lead to the New York Knicks in January. “A calming presence to slow it down and get us what we want is really what you need at that point. And sometimes we all get caught up in it.”

During the Celtics’ slow start, Udoka’s criticism was at times seen as a detriment. But Boston dramatically turned its season around during the second half of 2021-22, ending the season 51-31, the best record ever for a team that was under .500 at the halfway point. They became the first team under .500 halfway through the season to reach the Finals since the Houston Rockets in 1981, according to ESPN Stats & Information.

The combination of Udoka’s suspension and Hardy’s departure has left a void of experience on Boston’s bench. Stevens spent several highly successful years in the role, but he has his hands full running the team’s front office. Perhaps Boston will look to add a veteran assistant coach to provide some insight, as well.

But regardless of what the Celtics choose to do, it was only a few weeks ago that Boston was deemed the winner of the offseason by a plurality of NBA coaches, scouts and executives.

Now, the Celtics find themselves starting over on the eve of training camp. Not only are they reeling from the sudden loss of Udoka, but they also saw their top free agent signing, Danilo Gallinari, tear an ACL while playing for Italy during a FIBA World Cup qualifying game last month. Meanwhile, starting center Robert Williams III underwent surgery this week on the same knee that caused him trouble throughout the 2022 playoffs.

As a result, a team that was viewed as one of the clear favorites to advance to the NBA Finals just a few weeks ago has seen its offseason thrown into absolute chaos mere days before the start of training camp. 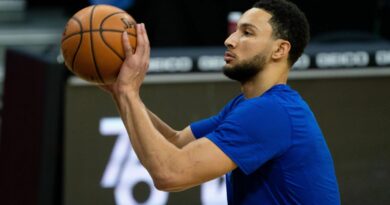 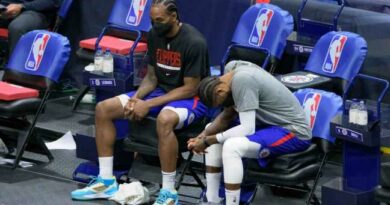