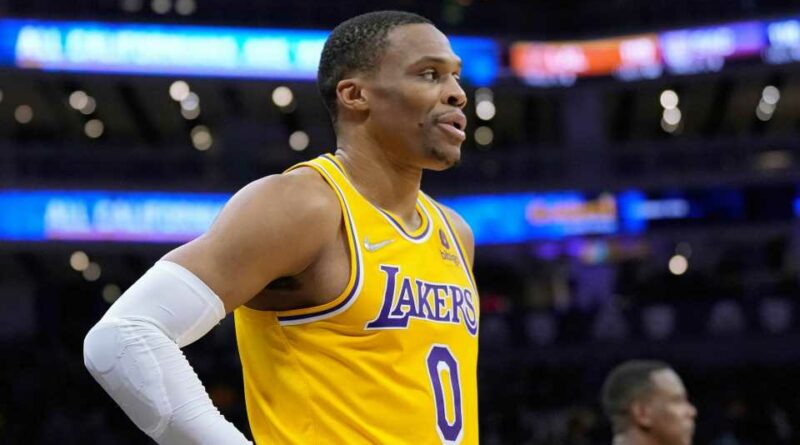 As the Lakers struggle to get above .500, the confounding losses continue to pile up. On Wednesday, the Lakers suffered a seven-point loss to an undermanned Pacers team after being outscored 35-24 in the fourth quarter.

With Anthony Davis still sidelined due to a knee injury, LeBron James played for the entirety of the fourth but Westbrook was limited to just four minutes of action in the final frame.

Westbrook, who shot 29.4 percent from the field in the game, was pulled when the Lakers trailed by just seven points with a little under four minutes to play, effectively ending his night. As highly publicized as Westbrook’s struggles have been, it’s still jarring to see a former MVP benched during clutch time of a must-win game.

After Westbrook was benched, the Lakers cut the deficit to five before the Pacers got the lead out to double digits with 90 seconds to play.

Here’s why his night ended early:

Why did the Lakers bench Russell Westbrook?

After the game, Lakers head coach Frank Vogel gave a rather straightforward answer when asked about not letting the nine-time All-Star finish the game. Simply put, winning was the motiviation.

According to ESPN’s Dave McMenamin, Vogel was granted clearance by Lakers brass to coach Westbrook ass he sees fit, even if that means benching him during a game’s crucial moments. The reports of the circumstances surrounding Westbrook being pulled come around 48 hours after it was reported that Vogel’s job was in “serious jeopardy.”

Thus, Vogel is making coaching decisions with his job reportedly on the line.

What did LeBron James say about Russell Westbrook being benched?

LeBron declined to comment on negative reports surrounding Vogel’s job security but when asked about Westbrook’s temperament after the game, responded with a question, saying “have you followed Russ throughout his career? Would you think that would bother Russ not being in the late game? There goes your answer.”

What did Russell Westbrook say about being benched?

Westbrook left the arena without addressing the media postgame.

After falling to 22-23 with the loss to the Pacers, the Lakers hit the road for a six-game road trip in which they will play several tough opponents, including the Heat, Nets and 76ers.

NBA draft 2020 live tracker: Keep up with first-round analysis for each pick 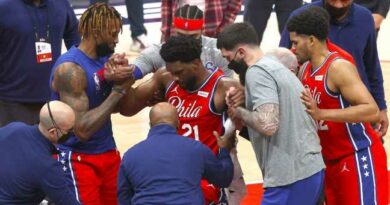