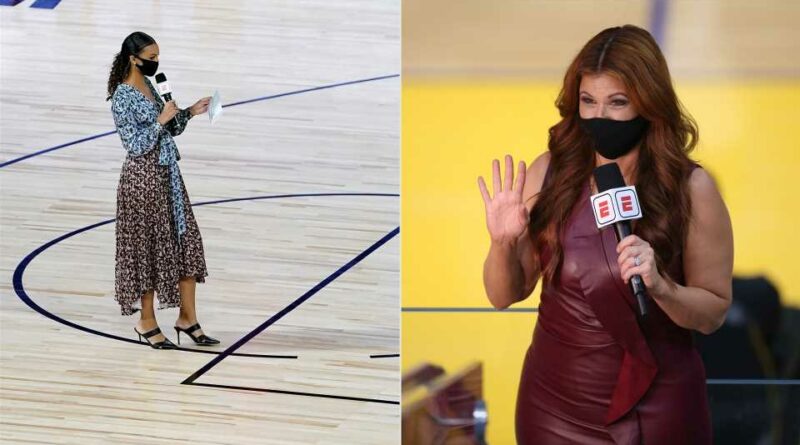 ESPN’s NBA coverage is getting a makeover.

On Monday, the network announced Malika Andrews — who served as a sideline reporter during the 2021 NBA Finals and 2020 NBA Bubble — will host a new show called “NBA Today” with Kendrick Perkins, Chiney Ogwumike, Vince Carter and Zach Lowe.

The show will premiere Monday, Oct. 18, replacing “The Jump,” which was previously hosted by reporter Rachel Nichols. Andrews released a statement on Monday in accordance with her promotion:

“It’s an incredible time to cover the NBA — a league that is full of characters and stories that have resonance far beyond the sports world,” Andrews said in a statement. “Our goal every day is to deliver information and analysis to our viewers that can’t be gleaned anywhere else. I’m so excited to showcase the league and the talented reporters, analysts and insiders on our team.”

Andrews, 26, has accomplished plenty in her broadcasting career: Having previously written for the New York Times and Chicago Tribune, she began writing for ESPN in October 2018 and became the youngest reporter to host an NBA conference finals, during the bubble.

Andrews was previously named to Forbes’ 2021 “30 Under 30” list for sports, which recognized athletes and sports figures who were “winning on and off the field.”

Nichols, who worked at ESPN in the early 2000s and returned in 2016, hosted “The Jump” — a weekday show covering the NBA — for the last five years, airing more than 1,000 episodes with daily discussions on the league.

She was also prominent within the network’s NBA coverage abroad, hosting “NBA Saturday Primetime” and performing sideline tasks, among other things. But her duties came into question in July, when an audio tape surfaced with controversial comments toward ESPN involving former reporter Maria Taylor from July 2020.

Taylor, who is Black, was selected to host coverage during the 2020 NBA Finals over Nichols, leading her to share her frustration with Adam Mendelsohn — the longtime adviser of Lakers superstar forward LeBron James — and his agent, Rich Paul.

“I wish Maria Taylor all the success in the world,” Nichols said. “She covers football, she covers basketball. If you need to give her more things to do because you’re feeling pressure about your crappy, longtime record on diversity — which by the way, I myself know personally from the female side of it — go for it.

“Just find it somewhere else. Like, you’re not going to find it with me and taking my thing away.”

After the audio was released, Nichols was removed from the program’s NBA coverage on Aug. 25, shortly before the NBA Finals between the Suns and Bucks.

Dave Roberts, ESPN’s new senior vice president for NBA and studio production, said the network’s new show “will provide in-depth, comprehensive daily coverage of all aspects of the NBA,” with Andrews and “a vibrant cast of expert analysts who all offer distinct perspectives on the game.”

Roberts also said the show “will be both newsy and timely with an eye towards the biggest games around the league that day.”

Perkins, who signed a multi-year extension to remain at ESPN in May, has appeared on multiple shows in the network, including “The Jump,” “First Take,” “Get Up!” and “Hoop Streams.” Ogwumike, who also plays for the WNBA’s Los Angeles Sparks, became the first Black woman to host a national daily radio show in 2020 while being a full-time analyst for ESPN.

Carter joined the network in September 2020 and also did color commentary for the 2020 Tokyo Olympics. Lowe has been recognized for his in-depth writing and podcast work with the program. 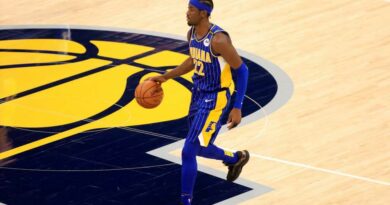 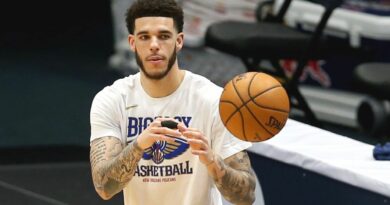