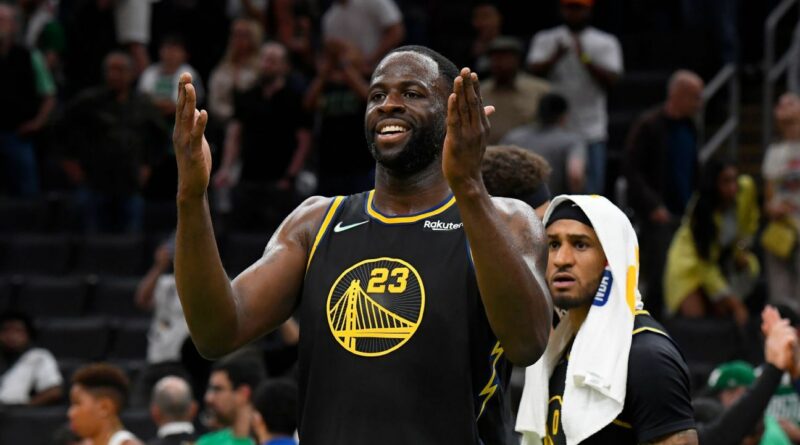 BOSTON — Steve Kerr has made a lot of high-pressure, large-stakes decisions during his NBA career. Like that afternoon in 1995 when he got fed up with Michael Jordan in a Chicago Bulls practice and made the choice to throw a forearm and ended up with a black eye.

The Golden State Warriors’ coach had another big one with seven minutes left Friday in a vital Game 4 of the NBA Finals when he decided to pull Draymond Green out of the game. The Warriors were down five points to the Boston Celtics and in danger. It was as simple as Green not playing well and the player he went to, Kevon Looney, was.

The Warriors went on an 11-3 run over the next five minutes with Green out and they took the lead for good. Then Kerr decided to play Green on defense only as much as possible in the final minutes, once even calling a timeout to take him out of the game. In the more limited role, Green made several impactful plays and had one of his best stretches in the series as the Warriors closed out the 107-97 victory to even the series at 2-2.

On their face, these Finals look like Stephen Curry’s greatness against the Celtics’ youthful exuberance that will perhaps manifest itself in volume 3-point shooting and modern pick-and-roll coverage. But as this turns into a three-game series, the title might hinge on an old-school scenario: the big men.

It will come down to how Kerr manages what could end up being a prickly situation with Green on one side. And the health of Celtics defensive ace Robert Williams III, who looked like he aggravated a knee injury late in Game 4 in what has the potential to be a turning point in the series.

Both Kerr and Celtics coach Ime Udoka probably know these realities and their willingness to punt them until later on told the story after the game.

“I didn’t see anything with Rob and haven’t heard anything,” Udoka said.

This felt like a canard considering Williams came up lame with four minutes to play and signaled to the bench to ask out of the game. A few moments later he was pulled and never returned. The Warriors outscored the Celtics by seven points in those final three-plus minutes.

Williams has the best defensive metrics in this series by far. When he was on the floor in Game 4, the Celtics outscored the Warriors by six points. When he was off, they were outscored by 16. Udoka might have been aware he wasn’t available down the stretch.

Williams has 12 blocks and five steals in the series. He had a playoff career-high 12 rebounds Friday. When he has been on the floor, the Celtics are +20 in the four games. In Games 3 and 4, he looked as spry as he has in weeks. He was covering immense ground, swatting shots and generally causing the Warriors to cower.

Recovering from knee surgery late in the season and a bone bruise in his left knee, Williams’ life has been all about playing and treatment on the knee for weeks. He gets several deep-tissue massages in his calf and the front of the knee daily. Bags of ice by the ton, electric muscle stimulation treatment and a process called blood-flow restriction, which involves putting a ring around the knee that squeezes to promote healing.

It has been working: After missing seven of the Celtics’ first 14 playoff games, he has played in eight in a row. But it’s now a matter of how severe the aggravation might be, and it’s also unclear how he will feel Monday in San Francisco for Game 5 (9 p.m. ET on ABC) in what could end up being a massive variable.

“It’s up and down,” Williams said about his knee before Game 4. “Adrenaline energy kind of carries me.”

Then there’s the brewing scenario with Green, who has been so limited on offense in these Finals that Williams will often guard him because it allows freelancing elsewhere. But around his benching, he was truly effective in the fourth quarter, posting five of his nine rebounds and three of his eight assists in limited minutes.

Kerr made it sound like it was the plan all along to reduce Green’s minutes; the power forward played a series-low 33. And Kerr did take Looney out of the starting lineup in part so he could set a rotation that would allow Looney to play more in the fourth quarter.

Kerr still had to make the call in the moment, and it was one of the best moves he has made in the series. It might even rise to the level of “season-saving.” Looney had played six minutes total in the fourth quarter in the first three games of the series; he played nearly eight minutes in the vital fourth quarter of Game 4.

“Like most coaches, if you’ve got a group that’s going well, you just stay with it,” Kerr demurred when discussing the choice. “I didn’t play [Looney] enough in Game 3. That was my mistake. It was important to get him out there, and he had a huge impact on the game.”

Looney is a whopping +36 in the series after going +21 in Game 4. He’s been the team’s best rebounder and rim defender while limiting mistakes. He’s gotten a bunch of baskets around the rim, shooting 13-of-18 as he gets putbacks and dump-offs when attention goes elsewhere. It stands in stark contrast to Green’s 6-of-26 shooting.

“I’m definitely never thrilled coming out of the game with seven minutes to go in the fourth quarter in a must-win game,” Green said. “But, at the end of the day, if that’s what coach decides, then you roll with it. You know, I had to keep my head in the game.”

If the same situation arises in Games 5 or 6 or maybe even 7, Kerr might have to do it again. Looney has been the Warriors’ best big man. Though Green and Looney often play together, for Golden State to have its best offense out in crunch time Kerr can only play one.

Though they’ve had their battles over the years, Kerr has stood by Green even as his temper and withering offense in recent years has made it harder. That’s getting tested in a major way right now and it’s only going to get more intense.

For both sides with these big men, it’s all a big part of this Finals.

“I don’t ever want our players to be happy if I take them out,” Kerr said. “Draymond is incredibly competitive. Whatever it takes in Game 5, that’s what we’ll do.” 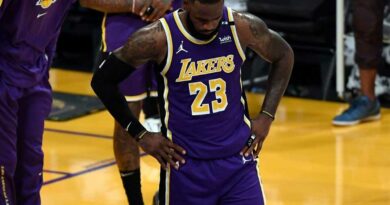