Home » NBA » Will LaMarcus Aldridge make NBA return with Nets? Revisiting why he retired and what may come next 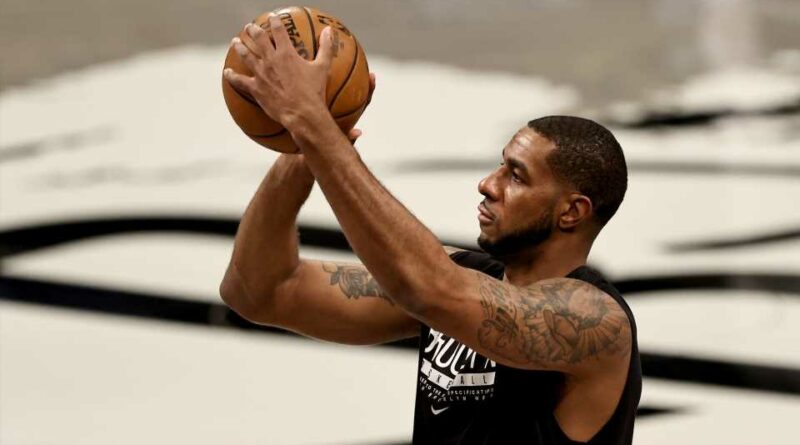 Back in April, LaMarcus Aldridge sent shockwaves throughout the NBA when he unexpectedly announced his retirement shortly after joining the Nets. The seven-time All-Star, who was diagnosed with Wolff-Parkinson-White syndrome earlier in his career, revealed that he had played his most recent game with an irregular heartbeat. He called the heart issue “one of the scariest things I’ve ever experienced.”

Those health concerns brought an end to an incredible 15-season run that included stints in Portland, San Antonio and Brooklyn — or so we thought.

The Athletic’s Shams Charania reported Thursday that Aldridge has been cleared to play again, and the Nets are considered the top landing spot for the 36-year-old. It wouldn’t be a surprise to see Aldridge back in a Brooklyn uniform, as both parties were excited about the initial partnership a few months ago.

“You listen to teams. You listen to players telling you what they want or whatever, and Brooklyn made it known right away that they were very interested,” Aldridge said during his introductory news conference. “[Kevin Durant] hit me quick and said, ‘Definitely come here.’ It was just waiting it out, kind of weighing my options, and then I just ended up coming here. It’s a pretty good team, and I think I can definitely help.”

With Aldridge preparing to hit the hardwood, here’s a look back at his stunning retirement and what his future could hold.

Why did LaMarcus Aldridge retire?

In a statement posted from his official Twitter account on April 15, Aldridge explained his decision to walk away from the NBA, saying it was “time to put my health and family first.”

His statement in full:

Today, I write this letter with a heavy heart. My last game, I played while dealing with an irregular heartbeat. Later on that night, my rhythm got even worse which really worried me even more. The next morning, I told the team what was going on and they were great getting me to the hospital and getting me checked out. Though I’m better now, what I felt with my heart that night was still one of the scariest things I’ve ever experienced.

With that being said, I’ve made the difficult decision to retire from the NBA. For 15 years, I’ve put basketball first, and now, it is time to put my health and family first. I’m thankful for everything this game has given me: the great memories, including all the ups and the downs, and the friendships I’ve made and will keep with me forever.

I thank Portland for drafting a skinny, Texas kid and giving him a chance. The city of Portland has given me some unforgettable years. They will always remain in my heart. I want to thank the Spurs for letting me into the family and giving me five fun years. Last but not least, I want to thank Brooklyn. You wanted me for me. In a game that’s changing so much, you asked me to come and just do what I do which was good to hear. I’m sorry it didn’t get to last long, but I’ve definitely had fun being a part of this special group.

You never know when something will come to an end, so make sure you enjoy it every day. I can truly say I did just that.

The Nets organization fully supports LaMarcus’ decision, and while we value what he has brought to our team during his short time in Brooklyn, his health and well being are far more important than the game of basketball. We know this was not an easy decision for him, but after careful consideration and consultation with numerous medical experts, he made the best decision for him, his family and for his life after basketball. We wish LaMarcus, Kia and their family much health and happiness going forward.

Will LaMarcus Aldridge return to the NBA with Nets?

ESPN’s Adrian Wojnarowski reported in early August that Aldridge was “seriously considering” resuming his NBA career. He had not made a final decision at that point and needed medical clearance to sign a contract, but he was expected to begin conversations with multiple teams.

Now that he has been cleared to play, a reunion with Brooklyn would seem to make a great deal of sense for Aldridge. In his five Nets appearances, Aldridge showed a willingness to accept a new role on a title contender, averaging 12.8 points and 4.8 rebounds as a secondary option.

Aldridge told Charania in June that he had “a lot to give” to the Nets and felt that “they needed what I brought to the table.” We’ll soon find out whether they feel the same way.

Opinion: Warriors’ Kevin Durant buckling up for his longest year after Achilles injury