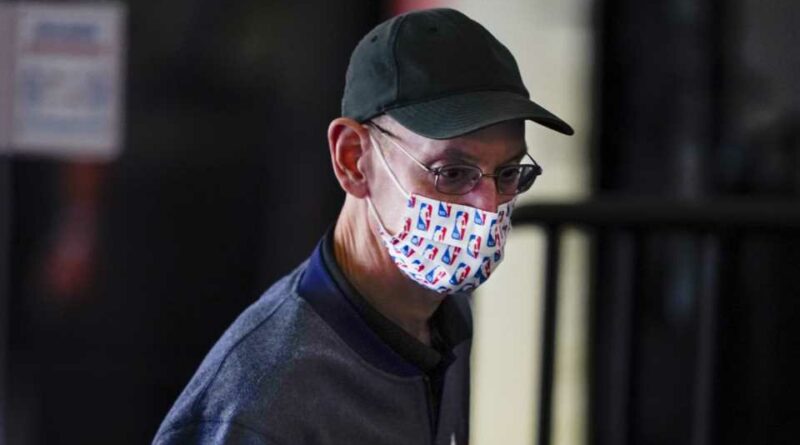 On Monday afternoon, the NBA announced the game between the Pelicans and Mavericks scheduled for that evening as well as Tuesday night’s game between the Celtics and Bulls have been postponed because of COVID-19-related issues.

Dallas star Luka Doncic said it all with his one-emoji response to the news.

With two more contests off the upcoming schedule, the NBA will have postponed at least one game for three consecutive days (four total this season) after the Heat-Celtics matchup was removed from Sunday’s slate. As of Sunday, more than two dozen players remained in quarantine or isolation in accordance with the NBA’s health and safety protocols, according to The Athletic’s Shams Charania. The league has seen multiple teams complete games with rosters that casual fans would barely recognize. The testing, contact tracing and quarantine processes have been messy, to say the least.

So yeah, to echo Doncic’s sentiment, the 2020-21 NBA season isn’t going all that great. The league managed to finish out the previous campaign by creating a thorough health and safety policy and locking down the Florida “bubble” to the best of its ability. Now that teams have returned to the real world, the NBA is struggling to handle the problems presented by the pandemic.

That’s why the NBA and National Basketball Players Association will meet Monday regarding how to modify the current protocols. General managers are also set to have a call with the league Monday, according to ESPN’s Adrian Wojnarowski. They will reportedly discuss the following topics:

In addition tweaking its extensive health and safety document, the NBA should consider expanding rosters in order to avoid the nightly question of “Will they have enough to play this game?”

Eventually, though, the NBA and NBPA may have to talk about the possibility of temporarily shutting down, especially if teams won’t be receiving the coronavirus vaccine anytime soon. Some team executives have raised concerns in recent days, per Wojnarowski, but the league has been resistant to hitting the pause button.

“We anticipated that there would be game postponements this season and planned the schedule accordingly,” NBA spokesman Mike Bass told ESPN. “There are no plans to pause the season, and we will continue to be guided by our medical experts and health and safety protocols.”

We’re about to find out.