Home » NBA » Wizards’ Westbrook sidelined for at least a week 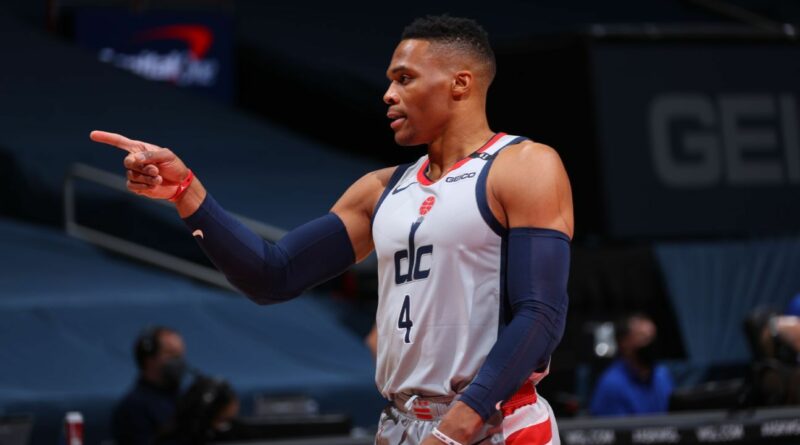 Washington Wizards point guard Russell Westbrook is expected to miss at least the next week with a left quadriceps injury, the team announced Monday.

Westbrook will be reevaluated at the end of the week. It is the latest blow in an already disappointing 2-8 start for the Wizards, who entered the season with high hopes after trading John Wall for Westbrook.

The Wizards just lost starting center Thomas Bryant for the season due to a partially torn ACL in his left knee. Bryant suffered the injury against Boston on Saturday.

Westbrook’s injury was caused by repeated contact to his quadriceps area, according to the team. The point guard, who also is dealing with a dislocated finger, is averaging 19.3 points, 11.3 assists and 9.7 rebounds in seven games this season. Bradley Beal will carry the load in Westbrook’s absence. The shooting guard is averaging 35 points per game so far this season.